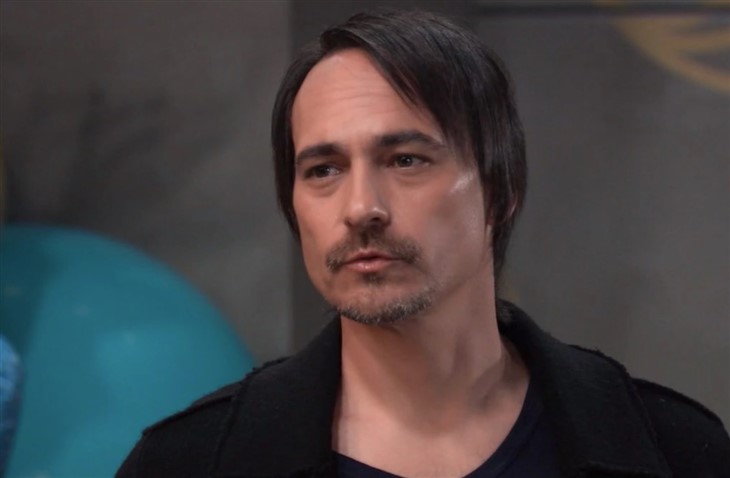 At Kelly’s, Linc is trying his best to get out of the sexual harassment publicity Brook Lynn Quartermaine (Amanda Setton) threatened him with in the previous episode. He had offered her rights to all her songs back if she would keep her mouth shut, and now he’s asking her if it’s a deal. Brook Lynn likely will be tempted, but will she really cave in, considering he could turn around and sue her for slander?

Unless, of course, he’s already got some sexual harassment lawsuits against himself waiting in the wings. If that’s the case, he might just give Brook Lynn all the rights to her songs back but she’d better get an ironclad contract favorable to her this time.

At the hospital in Britt’s office, both she and her mother Liesl Obrecht (Kathleen Gati) are in tears as Britt has revealed she’s in a late stage Huntington’s Disease. Liesl of course will initially respond with trying to solve the problem and looking for cutting edge treatments, but that’s not what Britt needs from her now. She cries as she tells her she doesn’t need a doctor, she needs a mom, and there will continue to be tears. She will likely share with her what Dr. Talone (Sharon Omi) told her, who Liesl may be familiar with.

Getting her songs back isn’t Brook Lynn’s only problem, she’s been keeping important information from Harrison Chase (Josh Swickard). Dante Falconeri (Dominic Zamprogna) had come to Kelly’s to hunt down BLQ about writing a letter to the Civilian Review Board to help Chase get back on the PCPD. She’s been deleting those messages for a while now, obviously wanting to manage Chase as  a rock star instead of helping him get back to his chosen profession.

There’ll surely be some drama between BLQ and Chase coming up in the next few episodes. Chase asks Dante what letter was Brook Lynn supposed to write, not having a clue.

On the docks, Valentin Cassadine (James Patrick Stuart) tells someone that’s how he’s going to save Anna Devane (Finola Hughes). Likely, he’s talking to Martin Grey (Michael E. Knight) as the two of them are going to team up. Perhaps they will team up to look for Lucy Coe (Lynn Herring) since Holly Sutton (Emma Samms) told Robert Scorpio (Tristan Rogers) she’s alive and being held somewhere. Robert is bound to have let someone in on what he knows, and it’s likely Valentin and Martin.

At the Metro Court, Robert is talking to someone and telling them the less they know about it the better. He now knows that Holly’s being leveraged by Victor Cassadine, (Charles Shaughnessy) who has her son Ethan Lovett (Nathan Parsons) as well as Lucy. He may actually be talking to Holly, who’s been tasked by Victor with stealing the necklace with the four diamonds from the Ice Princess for him.

Robert had that necklace on the way to a contact in a suitcase cuffed to his wrist, and if he’s not talking to her then it’s his contact. Holly had told Victor she wasn’t sure how she could get the suitcase in that short period of time.

Holly also appears to be at the Metro Court, and talking to someone on the phone. She says she needs something specific to be able to get the diamonds, which is the only thing from the necklace that Victor really wants. Robert and Holly and possibly his contact may also all be in on setting Victor up with this necklace. Regardless, Victor’s going to be taken down if Robert has anything to say about it.

At Volonino’s Gym, Drew is working out with a punching bag as Sonny Corinthos (Maurice Benard) comes up behind him. He turns around quickly as Sonny remarks it sounds like he’s hit a dead end. Drew was trying to help Michael Corinthos (Chad Duell) and Willow Tait (Katelyn MacMullen) track down her birth parents or at least some close relatives.

If only he knew that his secret girlfriend Carly Spencer (Laura Wright) is keeping a vital secret from him. Back in the spring, he’d helped her get DNA from Willow to compare to DNA from Nina Reeves (Cynthia Watros) who turned out to be her birth mother.

Carly and Nina get into an argument and it looks like there’s about to be a catfight. Carly is likely confronting Nina over her incorrect guesses about certain situations, namely Willow having an affair and Carly having an affair. Carly looks like she’s ready to start tearing Nina’s face off as she shouts, you want to come at me-bring it on! Nina might just take her up on that challenge.