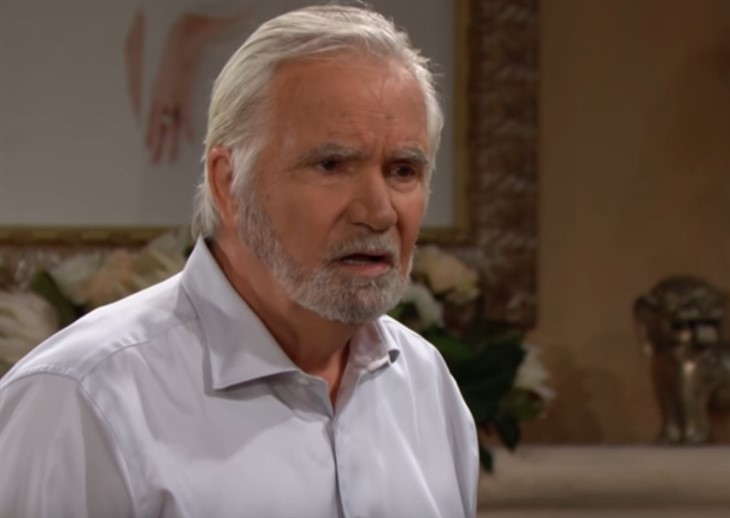 The Bold and the Beautiful spoilers document that Eric Forrester (John McCook) knew he was in the wrong. Telling Quinn Fuller (Rena Sofer) that he was playing pickleball at the club when he was repeatedly meeting with Donna Logan (Jennifer Gareis) was out of character for Eric at this point in his life.

Devoted viewers know that Eric has not been a saint in past years. But he was faithful to this wife, as Quinn thought. However, her connection with Carter Walton (Lawrence Saint-Victor) damaged Eric’s ego deeper than he recognized.

Donna was one of Eric’s loves. She is one of his soul mates, just as Eric and Carter are two of Quinn’s.

The Bold And The Beautiful Spoilers – The Price Is Right

It is uncertain whether Donna is being used by Eric. He claimed that he loves her and can not stay away. That is why he kept their meetings a secret.

Eric remained tied to Quinn. But, as soaps go, he told Donna that he would tell Quinn the truth just minutes before she and Eric’s daughter, Bridget Forrester (Ashley Jones), entered the bungalow.

Daytime fans recognized The Price Is Right announcer, George Gray, who played the club waiter. His tell to Quinn about the pickleball courts being resurfaced and Eric’s bungalow location led to the reveal.

The conflicted feelings Eric had reflected a tormented conscience. It is easy to second-guess him at this point in the plot. But he should have never contacted Donna, and she was wrong to cavort with him.

Now, he is faced with the shame of having wronged Quinn. Eric did not seek Donna out so that he could make his wife jealous. Instead, Gareis’ character represented an ego-booster.

The Bold And The Beautiful Spoilers – Quinn Fuller Can Not Remain Married Now?

Quinn has become the poor soul in this story line. Only those who are defiantly anti-Quinn in this version of Los Angeles, California, will feel no pity for her situation.

Ironically, she recommitted to Eric, telling Carter days before learning her husband had not been committed to her for months. It seems that Quinn can not continue her marriage after learning Eric’s secret. The fans will soon learn Quinn’s decision on B&B.