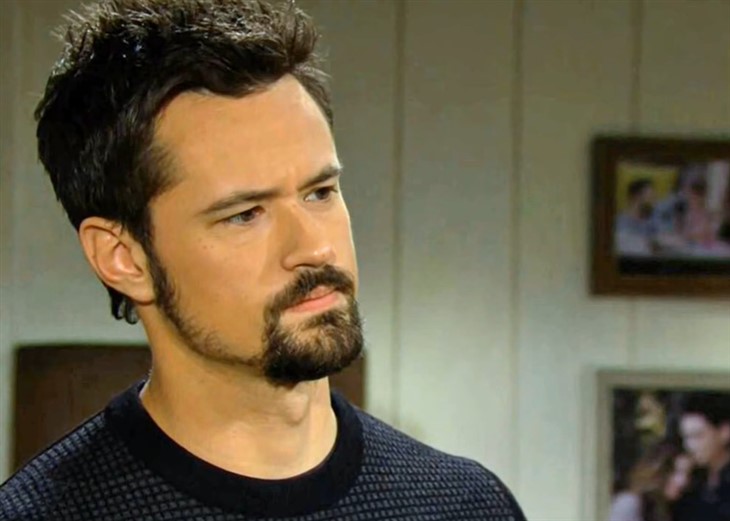 The Bold and the Beautiful spoilers document that Sheila Carter (Kimberlin Brown) knows Thomas Forrester (Matthew Atkinson) is no fan of his stepmother. But the teased reveal that she offers places him in an impossible position.

Sheila’s conversation with Thomas at the cliff house implies that Atkinson’s character will learn she is responsible for Brooke Logan Forrester (Katherine Kelly Lang) drinking alcohol on New Year’s Eve. Sheila remains giddy at the incredible success of her plan. So, she feels compelled to tell someone.

Devoted fans recognize Thomas’ dilemma. He can tell his father what Sheila did, which would create the very real possibility of him coming to Brooke’s defense. Reconciliation would be more likely than not in that instance, with Thomas’ silence maintaining the desired status quo.

If the teaser proves out, Sheila will have made a tactical mistake. Doing so could cost her the victory she has been savoring.

The volume of lives that Sheila influenced is significant. Brooke and Ridge Forrester (Thorsten Kaye) are not high school students who are deeply in love, as they often front through overly lovey-dovey behavior. No, they have a decade’s-long history and many loved ones who are tied to it.

Thomas turned a corner within the last year and now considers others’ best interests rather than purely his own. So, keeping this information from his dad may be too much to stomach.

Thomas has often sought Hope Spencer’s (Annika Noelle) input. But on this topic, he is likely to avoid that go-to option.

Steffy Forrester (Jacqueline MacInnes Wood) is the most logical person Thomas could share this electric information with. She, like Thomas, is all-in for their parent’s reunion.

At the same time, Steffy might question Sheila’s truthfulness. That could give Thomas a plausible out if he chooses not to tell his dad what Brown’s character said.

The Bold And The Beautiful Spoilers – Ridge Forrester Wants To Know

Scene teasers imply that Thomas will speak with his dad, veering into the territory that Sheila highlighted. But a full tell is not likely to happen because this is daytime, where the plot stretch is commonplace.

However, just heightening Ridge’s curiosity could be enough to open this can of soapy worms. If Thomas comes clean or Ridge figures out what happened, Kaye’s character will have an extra layer of feelings to sort through.

Staying with Brooke or reviving a relationship with Taylor Hayes (Krista Allen) will be more complicated. Sheila’s miscalculation could prove to upend the anticipated Brooke-Ridge split.