B&B Spoilers: Thomas Fights Hope To Get Douglas Back 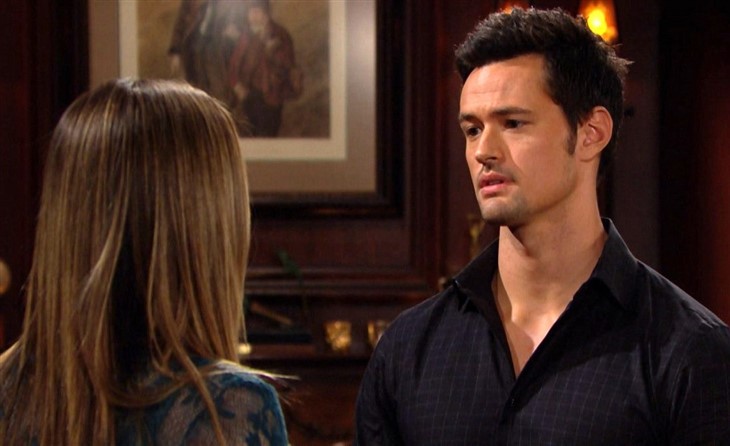 The Bold and the Beautiful spoilers reveal Thomas finally getting the guts to do what many fans hoped he would do for quite a while now — fighting to have his son back with him where he belongs.

The Bold And The Beautiful Spoilers – Thomas Forrester Gets Brave

Yes, nobody can deny that Thomas Forrester (Matthew Atkinson) emotionally abused his son during his obsession with Hope Logan Spencer (Annika Noelle) and it was horrific to watch. However, his behavior during that period in his life has been explained by a traumatic brain injury that has since been fixed with surgery.

Since then, Thomas has done his best to try to fix his life and his attitude while doing everything he could to make things up to Douglas (then played by Henry Joseph Samiri, now played by Django Ferri). It’s clear Douglas loves his dad and wants to be with his dad, but for some reason, they are not together nearly enough.

When Thomas was not quite himself, Hope decided she would be a better parent for Douglas and essentially tricked Thomas into signing papers that gave Hope legal rights to him as a mother, despite the fact that Thomas and Hope had only been married for a whole five minutes before she had the union annulled.

It can also be argued that Brooke Logan Forrester (Katherine Kelly Lang) and Hope also emotionally abused Douglas when they tried to get him to believe he didn’t see what he knew he saw when he spied Brooke kissing Deacon Sharpe (Sean Kanan) in a Santa hat on New Year’s Eve. That was some serious gaslighting they did with that kid, but Douglas stuck to his guns anyway and brought the truth to light.

Now, it looks like Thomas is going to fight for custody of Douglas because he is the boy’s rightful parent and his mother is Caroline Spencer (Linsey Godfrey), not Hope. There’s no doubt that Hope will fight Thomas and try to prove she is the better parent, but in the end, we have a feeling Thomas will win, especially if Douglas makes it clear he really wants to be with his dad. Stay tuned to The Bold and the Beautiful weekdays to see how this story plays out.