B&B Spoilers: Will Thomas Get Custody Of Douglas? Hope Fights Back 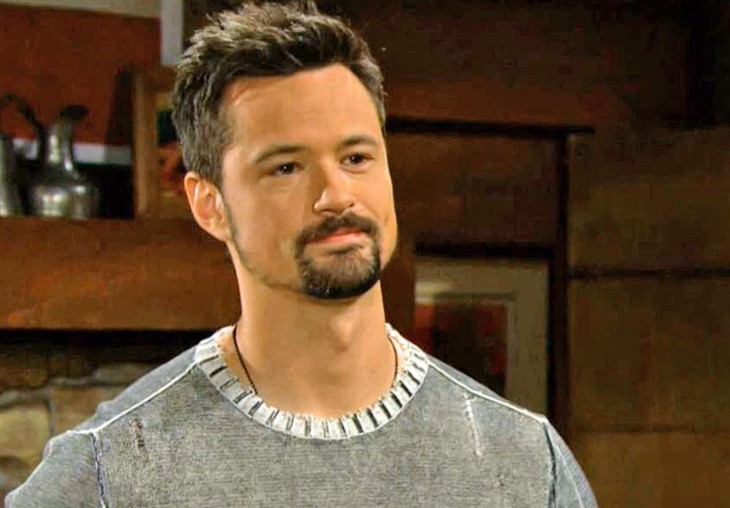 The Bold and the Beautiful (B&B) spoilers show that Thomas Forrester (Matthew Atkinson) doesn’t have full custody of his son Douglas and has been sharing custody with Hope Logan (Anika Noelle) and Liam Spencer (Scott Clifton).

The situation is a confusing one, as Douglas is the biological son of Thomas and another woman, but after she passed and he began dating Hope, the two of them got quite close. Hope ended up adopting him as her own, and as Thomas dealt with some of his own situations (falling in love with a mannequin), Douglas has been spending a lot of time with Hope and Liam.

The Bold And The Beautiful Spoilers – He Wants Full Custody Now

Thomas wants full custody of his son now and is prepared to take Hope and Liam to court to do so. Though, I wonder how Hope and Liam are going to respond. In all honesty, I think they will fight tooth and nail to keep whatever custody they have over Douglas as they’ve become so close together.

While I can feel what Thomas is feeling and wanting to be with his son full-time, it doesn’t seem like the right time and place for him to try to do this. Especially if Hope and Liam fight him on it. Being the biological father will only get him so far. There’s so much to think about with a child, like their routine, where they’ve been staying most of their time, and their emotional attachment to both parents.

B&B Spoilers – Will Thomas Forrester Be Fighting A Losing Battle?

There’s no way that Hope is going to let this slide, and she will gladly fight back as she feels she is Douglas’s mother (which she is). Thomas will be trying to ice skate uphill and may end up with a losing case, even losing what custody he has over Douglas.

It seems like a strange move for Thomas to do, and I wonder who else will be backing him up on this? What other family member or friend would say that this is a good idea? If anything, he’s lucky he even has shared custody after the last few years he had of stalking Hope and falling in love with a mannequin (I keep repeating that because what in the actual hell?!).

What do you think? Is Thomas fighting a losing battle trying to full custody and what will Liam and Hope have to say about it? Let us know in the comments below.

Be sure to catch up on everything happening with Y&R right now. Come back here often for B&B spoilers, news, and updates.