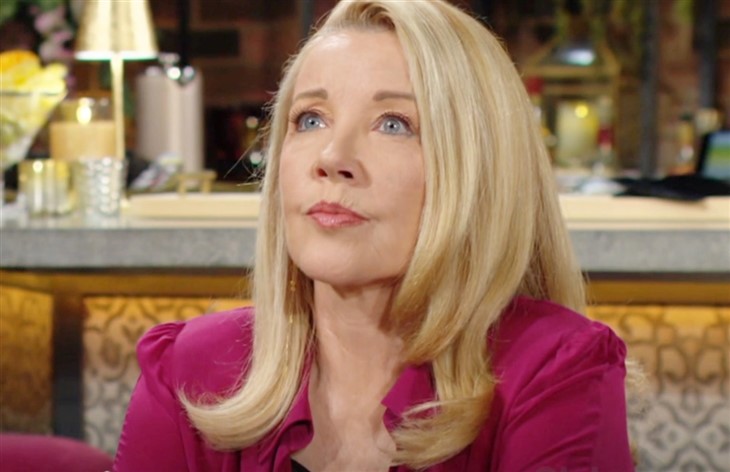 The Young and the Restless spoilers show that while Victor Newman (Eric Braeden) may be in a tight spot, it looks like there is going to be a lot of collateral damage because of it. Not only is he going to be affected, but his family as well.

While you may only think that it will be Nick Newman (Joshua Morrow) who struggles, look again, because everyone who knows Victor now is going to be implicated and it’s going to hurt Abby Newman (Melissa Ordway) as much as anyone else.

The Young And The Restless Spoilers – Abby Newman’s Decision

While this seems like an easy choice, Abby is going to be coerced by Nikki Newman (Melody Thomas Scott) to do “the right thing”, even though it doesn’t make sense and will bring division in Abby’s marriage (not that Nikki even cares).

Nikki wants Abby to “pressure” her husband, Chance Chancellor (Conner Floyd) into backing off of the investigation and letting Victor go on about life even though he broke the law, and Chance is close to knowing it. Nikki and Victor are making the rounds, trying to “gather the troops”. While it looks like Victor has “convinced” Nick for the moment, there are still a lot of eyes and ears out there and they can’t stifle them all.

Y&R Spoilers – Would Chance Chancellor Back Down?

Even if Abby were to try to convince Chance to quit the investigation and back off from going after her father, I don’t think that Chance is just going to allow that to happen, even if it comes between his marriage. Chance cares about the truth and doing what’s right, and allowing Victor to get away with this would be ludicrous.

In the end, I have a terrible feeling in the pit of my stomach that this is the storyline that they’ll use to have Abby end up with Devon Hamilton (Bryton James) or something stupid to “throw a wrench into things.”

While I hope that’s not true, there’s definitely going to be some turmoil happening between Chance and Abby, and it’s all because of Victor… Chance should have known from the beginning when he was getting involved with a Newman girl that he would be thrust into some shady stuff like this. Welcome to the family, kid.

What do you think? Will Chance sacrifice his career or his marriage to Abby? Will Abby listen to Nikki or will she tell her husband the truth about what’s going on? Let us know in the comments below.

B&B Spoilers: Thomas Fights Hope To Get Douglas Back

B&B Spoilers: Can Li And Steffy Work Together To Stop Sheila?