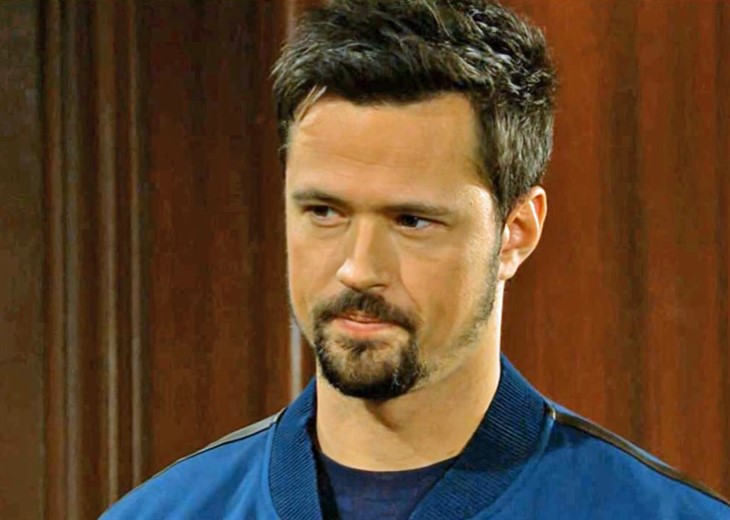 The Bold and the Beautiful spoilers reveal that Brooke Logan (Katherine Kelly Lang) being behind the CPS call. As we all know, the truth always comes out and even though it was technically her voice and name, Brooke is not the one responsible for the CPS call. Keep reading to find out who it could be and why.

The Bold And The Beautiful Spoilers – Thomas Forrester’s Vow

When Thomas Forrester (Matthew Atkins) and Brooke confronted each other about Douglas, Thomas made it clear that he will do whatever it takes to make sure Brooke gets what she deserves for destroying his family. Thomas also has a history of being coming unhinged to get what he wants. He will plant seeds of doubt in Hope Logan’s (Annika Noelle) head about her mother and husband in order to push her closer to him.

B&B Spoilers – Digging For The Truth

B&B spoilers reveal that Liam Spencer (Scott Clifton) can see the whole thing playing out before him and knew he was right. Thomas was using Douglas as a means to steal Hope away from him.

When he finds out that Brooke was set up he teams up with her and they start trying to figure out who really made the call. Thomas has successfully wooed Hope back to him, the line that Brooke and Liam crossed is inexcusable. She’s hurt by the betrayal and lack of confidence they both showed. They try to convince her that it was a recording and that Thomas is behind it, but she completely ignores their concerns.

Thomas will be happy that his family is finally reunited and can’t wait to start a new life with Hope and Douglas.

The Bold And The Beautiful Spoilers – Blackmail

When someone on a soap manipulates a situation you know the aftermath is not far behind. While searching for the CPS mole, Brooke and Liam see Thomas and a man in a suit having a heated argument in the park one day and become suspicious. They decide to figure out who this man is and why he is in an argument with Thomas.

Hope is still reeling over the heartbreaking betrayal and is on autopilot. She cares for Thomas and thinks he is a good father but she has and will never be in love with him. With the love (or obsession) Thomas has for Hope she knows he would never betray her as Liam has. She stays with Thomas knowing that, even though she will never be in love with him, the risk of her being hurt again will be low.

The heated argument that Thomas was having is pretty simple. He is being blackmailed by the mole, Walter. Walter has realized that he could actually make a lot of money on the side by extorting it from Thomas (I can hear the cha-ching going off in Walter’s head right now. He is worth billions of dollars so why shouldn’t Walter get a piece of their empire?

Thomas tries to blackmail him back saying Walter was in on it too, so he has just as much to lose. During one of their many heated arguments, I could see Hope hearing the commotion and going to see what is going on. She gets close and hears the two of them arguing about the CPS call. Hope will hear that Brooke wasn’t the one behind it and Thomas set her up.

Knowing the information she goes straight to her mom and husband where she lets them know they were right. Now that they have this as ammunition they will gear up and go head to head for full custody against Thomas.

If he is willing to sink to this level then he is too unstable to keep Douglas. Brooke will rush to find RIdge and head off to Aspen to confront Ridge and let him know the truth. She hopes she isn’t too late to stop the Taylor and Ridge from reuniting, B&B is making sure to keep us hot as the temperatures drop.