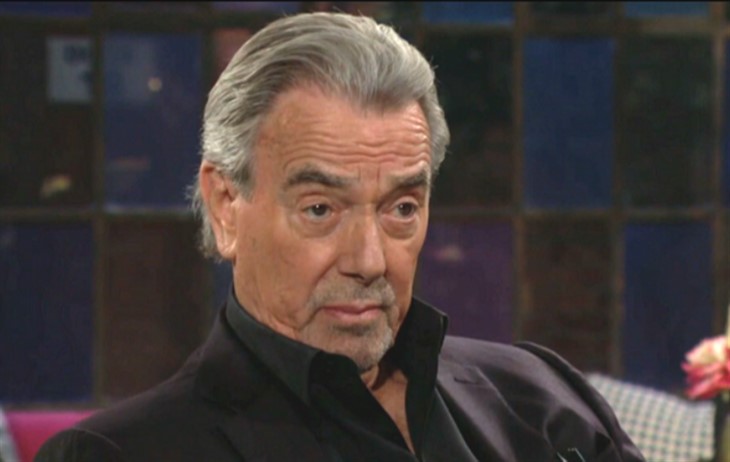 The Young and The Restless spoilers and updates tease that Victor Newman (Eric Braeden) will assign Michael Baldwin (Christian LeBlanc) to investigate Tucker McCall’s (Trevor St. John) Los Angeles past. Victor would be suspicious of Tucker anyway, given their history, but something doesn’t smell right for an ascetic claiming to have lived in an ashram in Thailand.

The Young And The Restless Spoilers – Off The Grid?

Victor wants Michael specifically to find out just how off the grid Tucker was during the years he claimed to be in Thailand in an ashram. He’d claimed to have a condition called electromagnetic heightening, causing a paranoid response to technology. Yet, Tucker never got rid of his music company and appeared to have a smart phone when he crashed Kyle and Summer Newman Abbott’s (Michael Mealor, Allison Lanier) vow renewal.

Victor’s not so sure that Tucker was ever off the grid, and when Nikki Newman (Melody Thomas Scott) tells him about the grand gift of a Bentley, he’s really suspicious. Nikki suspects that Tucker was in Los Angeles the whole time and quite likely with Diane Jenkins (Susan Walters) who Deacon Sharpe (Sean Kanan) saw quite frequently in a Bentley.

Lauren Fenmore Baldwin (Tracey E. Bregman) probably won’t be wild about Victor sending Michael overseas on another potentially dangerous mission. Where he has to go in Thailand is even more remote than where he went to track down Ashland Locke’s (Robert Newman) clinic.

That got him kidnapped and missing for a couple of months, and he finally escaped and made it back to Genoa City. Michael reminds her that while Tucker is sneaky, he’s no Ashland Locke and he’s a known entity, he’s familiar; if he made up that weird condition it’s not faking cancer. Lauren is still worried, remembering all the bad things Tucker did when he was in Genoa City before.

The Young And The Restless Spoilers – Suspicions

Once Michael reports back from the ashram in Thailand – that is, if he ever finds it and verifies whether Tucker was there or not – it’s time for Los Angeles. Michael can probably do some of his sleuthing on the internet although he’ll make a trip there as well; he’ll have to check out some things in person he finds. He may make a stop to show a photo of Tucker to Deacon to see if he recognizes him as the man with Diane.

Michael knows that the most dangerous part of his mission may be in Thailand, since he has to travel to a remote place if he can find it. If he finds it doesn’t exist then he’ll have to increase his checking out Tucker’s past in LA.