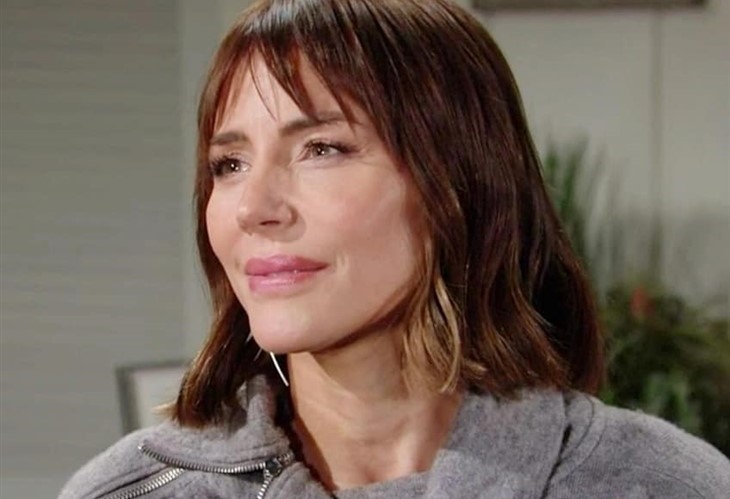 The Bold and The Beautiful spoilers and rumors tease that Taylor Hayes (Krista Allen) will be torn whether to tell Ridge Forrester (Thorsten Kaye) that she’s realized Sheila Carter (Kimberlin Brown) sabotaged his marriage, thinking it may spur him to make up with Brooke Forrester (Katherine Kelly Lang) in future episodes of The Bold and The Beautiful!

Viewers of The Bold and The Beautiful will recall a recent episode when Sheila, having found out that Brooke and Ridge had broken up, went to Taylor’s office. Sheila has felt Taylor has gotten to be sort of a friend, although Taylor is keeping it professional, while not being Sheila’s therapist. Sheila just had to tell her “friend” that she was so glad about her good fortune, because if Ridge and Brooke are broken up, that gives Taylor an “in” to get her man back!

After telling Sheila again she needs to not just barge into her office, Taylor listens to Sheila’s news and Sheila slips up. She tells her about Brooke having threatened her with making sure she’d never see her son John “Finn” Finnegan (Tanner Novlan) or grandson Hayes Forrester Finnegan (Piper Harriot) and realizes Sheila’s got a personal investment in that breakup.

The venom Sheila spat as she was reviewing Brooke’s threats to Taylor was pretty easy to pick up on even for someone who isn’t trained in human behavior like Taylor is! But Taylor’s realization kind of puts her in a bind – with Ridge’s leaving Brooke and it looking like a possible remarriage in time, she wonders if she voices her suspicions to Ridge that he may be inclined to give Brooke some benefit of the doubt! That could lead to reconciliation between them and that’s the last thing Taylor wants!

The Bold And The Beautiful Spoilers – One Thing This Does Show, And That Is That Sheila Carter Is Still Possibly Dangerous

Sheila can be very dangerous, even deadly, when she is crossed or challenged or hurt in a major way, and that can very easily cause her to go off balance! That gives Taylor pause, because if Sheila somehow was able to be a factor in Ridge’s marriage to Brooke to break up, which Taylor is almost certain she was, it may not take very much to tip Sheila over into the monster she’s been in the past!

That was the one big reason that Taylor convinced her daughter to let Sheila spend time with Finn and Hayes on Christmas – she wanted a chance to observe her clinically in a natural setting to see if she really had changed. That is one more reason to keep her suspicions from Ridge – he may not be able to keep quiet if she tells him and the last thing anyone wants is for Sheila to slip back down the slippery slide into psychotic behavior!