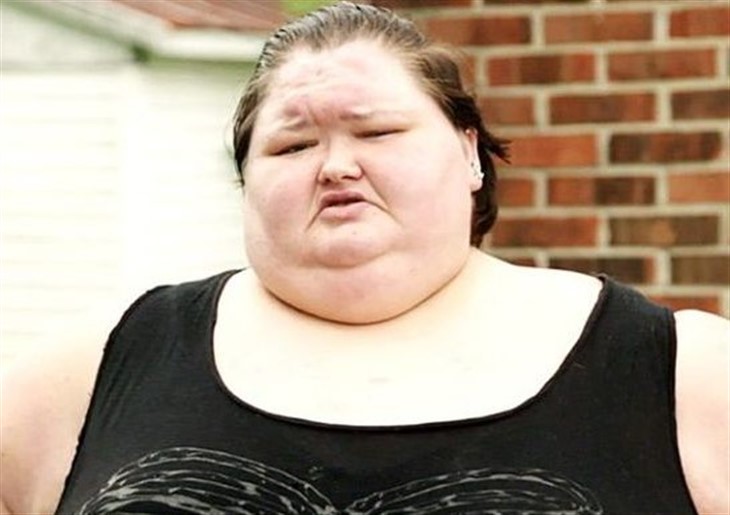 Amy Halterman (née Slaton) of 1000-Lb. Sisters hasn’t been sharing more than pregnancy updates lately, as she’s pregnant with her second baby since the show began. Finally, though, the reality TV star has surprised fans with some fresh selfies of her and her son Gage. Continue reading and we’ll tell you more.

The same day the reality TV star also shared some filtered images of her son Gage remarking on how much he looked like his father, Mike Halterman. “He really is your twin.” In the comments section, the pregnant mother mentioned that they had picked a few names out for the coming baby #2.

The 1000-Lb. Sisters veteran broke the news of her new baby in January, revealing that they were expecting the youngster in the Summer of 2022. The happy couple’s first little one celebrates one year of life in November 2021.

When she announced baby #2, she wrote, “Gage is going to be a big brother in July 2022,” she wrote alongside her big reveal at the time. “I’m due July 18th!!!! We are over the moon!!!!” Not long after that Amy shared a YouTube video where she revealed the gender of her coming child.

When confirming that they were going to have another son, the reality TV star joked that she had always wanted a daughter before declaring “It’s a boy. John Allen.”

Ahead of the couple’s second child within two years, we were able to confirm that she and her husband had purchased a new home in Morganfield, Kentucky for $37,000. This meant that the reality TV star was leaving her sister Tammy to fend for herself, though she was just mo0ving a few miles away.

At the time Amy told The Sun that she wanted Gage to have his own room and, since they were expecting another child, they decided they needed more room, adding that it was the reason they moved out of the duplex she shared with Tammy.

As for Tammy, she is going through changes of her own. After nearly dying and subsequently entering rehab, the Youtuber has already lost 115 lbs. And shared images of her progress on social media.