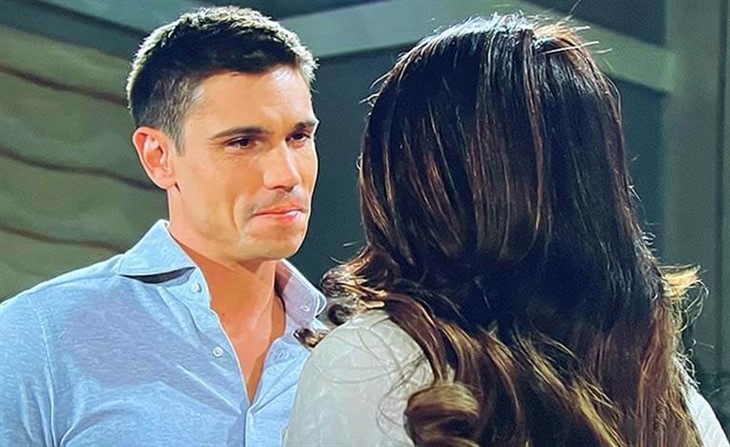 The Bold and The Beautiful spoilers and updates reveal Jacqueline MacInnes Wood will be back on our screens soon as Steffy Forrester Finnegan on B&B.

We are anticipating seeing the reaction of Steffy when she finally learns that Finn (Tanner Novlan) is alive and also to see their ultimate reunion. After giving birth to her child, another boy, Wood has been on maternity leave. On-Screen, Steffy left Los Angeles to go deal with her grief elsewhere. The sting of Finn’s “death” was too much to handle and some time away with her kids would help her best so Steffy decided to go away for a while. Now, we know that she will be back soon.

Wood, a two-time Daytime Emmy award-winning lead actress of the CBS daytime drama, has been with the team on location in Monte Carlo. Wood joined Krista Allen (Taylor Hayes), Thorsten Kaye (Ridge Forrester) and Tanner Novlan to represent the show on location. They’ve been having quite the time of their lives apparently as we have seen via things they shared on Instagram. One of the latest posts revealed that Wood was on location and the show was doing location shoots again. Could this be where Steffy and Finn finally have their dramatic reunion?

They were taping scenes for episode 8820 and Wood noted “And we back!” This episode is slated to air in the latter part of July. This is enough time for Finn to finally recuperate and for Steffy to process everything and gear up for a return to Los Angeles and the Forrester family and company where she is dearly missed.

Wood is one of the most beloved actresses in the CBS daytime drama. She has been on the show since 2008. She has also been nominated for a Daytime Emmy Award quite a few times winning the awards for Lead Actress in a Drama Series in 2019 and 2021. We anticipate seeing her return on the show and can’t help but think there is another Emmy award win for her in the near future given all the outstanding work that she has done on the show this year.