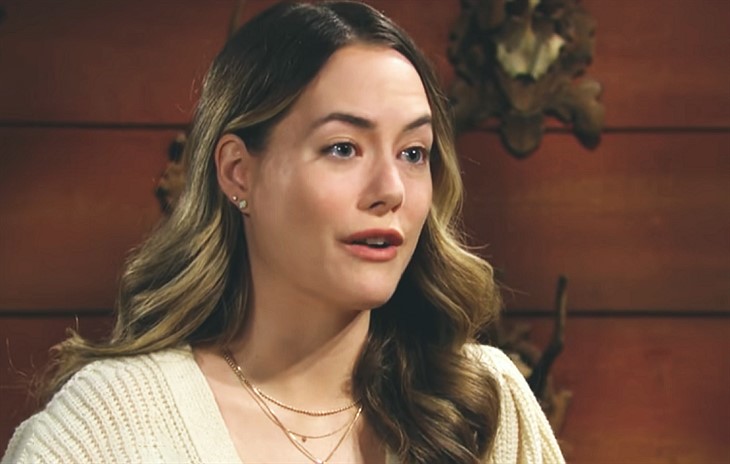 The Bold and the Beautiful (B&B) spoilers show that Thomas Forrester (Matthew Atkinson) has been feeling guilty about not getting to see his son much and the shared custody agreement seems to be getting to him. Thomas is feeling as though he’s not spending enough time with his son and it is affecting their relationship.

Have no fear, Thomas has a brilliant idea, and it involves the courts, lawyers, and legal documents. Because when you have an issue with something, the first thing you do is rush to the lawyer. Thomas feels as though if he gets full custody of his son, he can fix their relationship and make his son feel as though he loves him more than anything. There is only one thing standing in his way, and her name is Hope Logan (Annika Noelle), aka mom!

The Bold And The Beautiful Spoilers – Not A Biological Mother, But A Mother Nonetheless

We may forget sometimes that Hope is not Douglas’s biological mother, but that hasn’t hindered her relationship with him in any way. She took over the role, fell in love with him, and even ended up adopting him while she was with Thomas. She has become his mother, and she’s not going to back down from this.

Hope is being completely blindsided by this and will react accordingly. She’s not about to lose shared custody of her son because Thomas feels like he’s a deadbeat dad. That is not how this works. What he does is spend more time with his son and work something out with his mother and since they’ve been getting along, I think Thomas could definitely ask Hope to maybe pick up Douglas another night a week to spend time with him. Instead, he’s called in the big guns.

B&B Spoilers – Thomas Forrester Is In For A Battle

I think Thomas thinks this will be a walk in the park for him because he’s the “biological” parent, however, that is not going to mean much as Hope made him her own and treated him no different than she would her own child. I think the claws are going to come out on this one and you’re going to see momma bear come out of the cage.

Thomas should prepare for a grueling custody battle and be prepared to lose actually… He could go from shared custody to no custody!

What do you think? Is Thomas getting a little ahead of himself and will Hope win this? Let us know in the comments below.