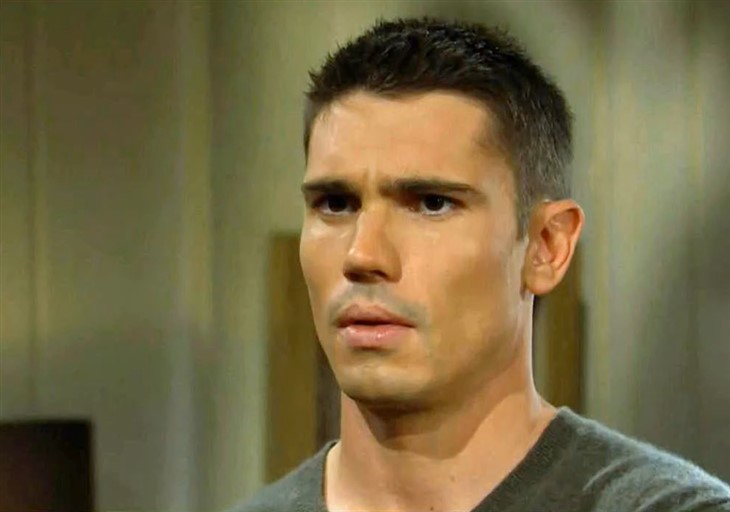 The Bold and the Beautiful spoilers reveal that Li Finnegan (Naomi Matsuda) clearly lost her mind when she smuggled a comatose John “Finn” Finnegan (Tanner Novlan) out of the hospital. Even though Li did save Finn from having the plug pulled, she still isn’t acting quite right. Finn hasn’t noticed anything yet, but could he realize soon that something is very wrong with Li?

The Bold And The Beautiful Spoilers – John Finnegan Oblivious

Finn has spent a little bit of time with Li since his release. However, not a great deal of time. Not enough time to see that Li isn’t the same.

When Li and Steffy faced off, Finn wasn’t there to witness it. Finn thinks everything is just fine as Steffy is careful not to say anything to upset her husband. However, the minute Finn leaves the house, Steffy unleashes her fury when Li is around. Steffy has even talked to Taylor Hayes (Krista Allen) about it.

The Bold And The Beautiful Spoilers – Steffy Forrester Finnegan Uncertain

The Bold and the Beautiful spoilers reveal that Li doesn’t regret saving Finn’s life. It’s true that Li’s actions prevented doctors from pulling the plug on Finn. However, Li should understand why the secret is so upsetting to Steffy. A simple, “I’m sorry” can go a long way. Instead, Li seems to be fanning Steffy’s flames.

At some point, Steffy will tell Finn about it. Of course, it’s also possible that Finn will be blindsided when Li’s coldness and lack of remorse come out in front of him.

Even though Li does seem unapologetic about keeping Finn’s survival a secret, she is also traumatized by Sheila. Plus, Li seems to have been holding onto a lot of contempt and resentment toward Steffy.

When Li finally explodes, how will Finn react? Will Steffy get to the point where she demands that Finn ban Li from their lives? Is this really about blaming Steffy for Sheila, or could Li be suffering from PTSD? Is there a way that Li and Steffy can move forward from this?

Do you think that Li is acting a bit odd? Do you believe that Li might be suffering from trauma or PTSD from Sheila’s actions? Or has Li always resented Steffy and the Forrester family? Share your thoughts and remember to keep watching the CBS soap to see what happens next.