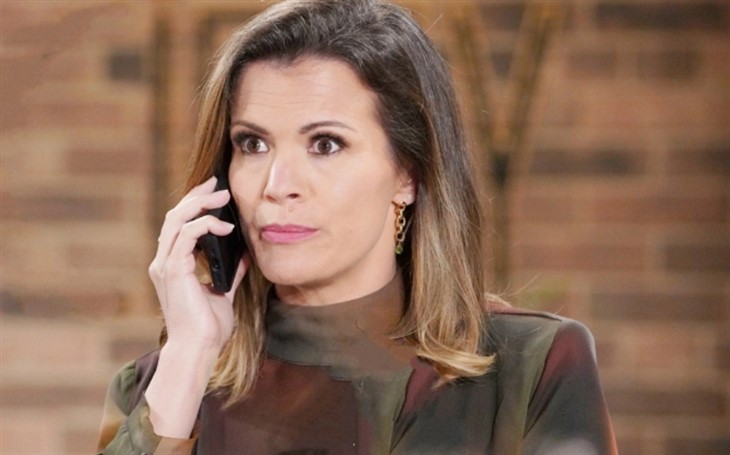 The Young And The Restless Spoilers – Chelsea Lawson’s Request

Y&R spoilers reveal that Chelsea went to meet with Billy. While they were supposed to be working on their next podcast session, Chelsea brought up another topic. Chelsea mentioned Johnny and Connor Newman (Judah Mackey) having a playdate. When Chelsea approached the topic earlier, Billy seemed that it could be a possibility.

However, Chelsea wants the playdate to be sooner rather than later. Billy tried to stall and said right now wasn’t a good time. First, Billy used Ashland Locke’s (formerly played by Robert Newman) death. Billy also mentioned that Johnny and Connor haven’t spent time together in a very long time.

The Young And The Restless Spoilers – Confronting Victoria Newman

The Young and the Restless spoilers reveal that Chelsea doesn’t get anywhere with Billy. So, Chelsea will stop by to see Victoria. Chelsea brings up that it might be time for Johnny to learn that his birth mother is in Genoa City. Chelsea tells Victoria that Johnny should know the truth about her identity.

However, Victoria is standoffish with Chelsea when Johnny is brought up. Chelsea tries to smooth things over by saying Victoria is Johnny’s mother and has done an amazing job. However, Chelsea believes that Johnny should learn the truth from them and not someone else.

Chelsea can tell that Victoria is balking over her request. Not wanting to start a war and make things worse, Chelsea agrees that they can discuss it at a later time. However, actress Melissa Claire Egan told Soap Opera Digest that Chelsea won’t wait forever.

“She just doesn’t think it’s healthy to wait too much longer because the boys could think that the reason that they never knew until now is because they’re part of a bad secret. Also, it’s best that they hear it from their moms before someone else beats them to it. So Chelsea tells Victoria they can wait for now,  but everyone knows my character doesn’t have a great track record with patience.”

So, could Chelsea decide to go over Victoria and Billy’s heads? Share your theories on what Chelsea could do next. Remember to keep watching the CBS soap to see what happens next.