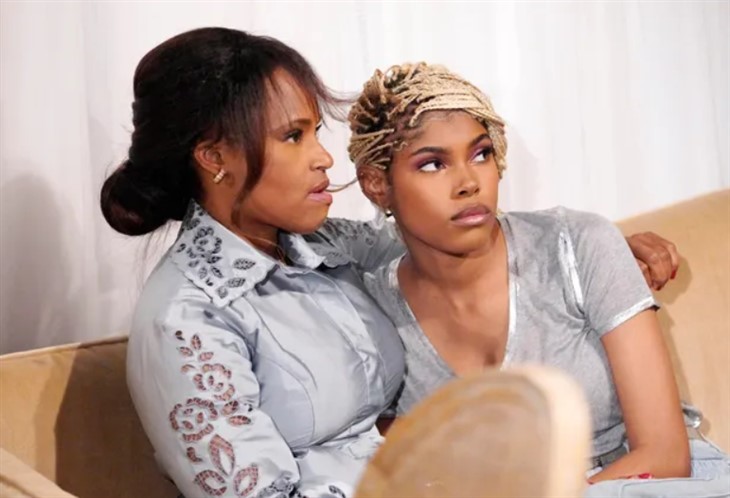 The Bold and the Beautiful (B&B) spoilers document that Paris Buckingham’s (Diamond White) devastation was predicted. But Grace Buckingham’s (Cassandra Creech) warnings were not heeded.

Paris fell deeply in love with Carter Walton (Lawrence Saint-Victor). He came to care about her. But devoted viewers know that he had far more intense feelings for her sister, Zoe Buckingham (Kiara Barnes), who was the reason why that engagement ended badly.

Only Charlie Webber (Dick Christie) stood at the altar with Paris after Carter left her. He kissed Paris’ hand and touched her face, both signs of fondness rather than love.

Quinn caught Donna Logan (Jennifer Gareis) with Eric Forrester (John McCook) at the club. His repeated comments about playing pickleball were figuratively and literally uncovered in that instant.

While Quinn was upset and shed some hard tears, Eric’s honest conversation with her led to a memorable early summer ride. She took a ride-share bike, hilariously told the attendant to charge it to Eric, and took off.

The arrival at the beachfront entrance to Il Giardino was followed by a disheveled Quinn stopping the wedding ceremony cold.

Paris was overjoyed at the prospect of marrying Carter. She assumed that his feelings matched hers. That was a naive assumption.

Viewers never saw that off-screen conversation but know that Zoe, not Carter, was the reason that marriage never happened. Her zeal for Zende Forrester Dominguez (Delon de Metz) proved to be the game-ender in that story line.

Grace is relieved that Paris will not be Carter’s wife. She also understands Paris will need time to heal. So, it is fortunate that Zende witnessed what happened as well.

The Bold And The Beautiful Spoilers – Zende Forrester Dominguez Is Supportive

Zende cares deeply for Paris. Like her mother, he also believed it was a mistake for Paris to be planning a life with Carter.

The future never arrived, leaving Paris humiliated in the outdoor dining setting in front of a small group of invited guests. She is mad and should be.

Hopefully, Paris realizes in time that Zende is more than a good guy she enjoyed spending time with. White’s character needs to give their connection a second chance. With that, a real engagement may eventually result.