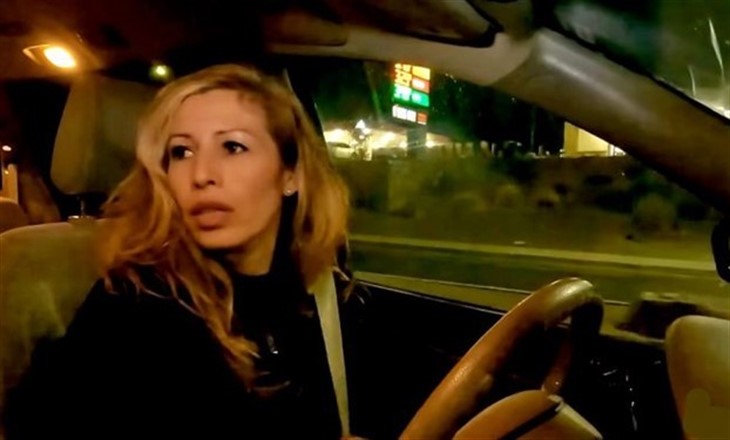 Life isn’t going smoothly for 90 Day Fiancé stars Yve and Mohamed as they cannot seem to agree about their wedding.

In a teaser for Sunday’s episode of 90 Day Fiancé, Yve, 49, is driving the car, while breaking some bad news with Mohamed, 25. She tells him their wedding date must be rescheduled due to problems with the venue, to which he replies, “Are you kidding me?”

In the teaser for Sunday’s episode, Yve Arellano tells Mohamed Abdelhamed that they will need to reschedule their wedding date. She tells him:

We’re gonna [sic] have to push the wedding back a whole other month because the one venue that I wanted fell through.

Looking incredulous, Mohamed replies, “Are you kidding me?”

Yve then explains that it is difficult to book the ideal wedding venue, due to high demand. However, Mohammed says he doesn’t care where they swap their vows. He even suggests they could have the ceremony in their back yard.

A shocked Yve instantly shoots down his idea, saying that she does care, because she doesn’t plan on getting married more than once. She also dismissed the whole idea of wearing a white dress while wedding on “a pile of dirt.”

Mohamed is already frustrated by the delay in getting married. He says this will push back his ability to work in the US, and will also delay a much-wanted visit with his family in Egypt. He reminds Yve:

Thing is Yve, my mom already counting the days ’til I go back, visit her.

I can’t leave without my green card, as you know.

However, Yve is having nothing of it, asking Mohamed to be more understanding of a situation that she cannot control. This leads an upset Mohamed to say, “Maybe you don’t want to get married,” adding, “Let me know.”

The possible future bride fires back, saying, “Well, if you’re gonna [sic] act like that, maybe I should think about it.”

She accuses Mohamed of being rude after he threatens to pack his bags and leave.

During her confessional, Yve defends her decision to have a wedding in the ideal venue. She says she really wants something special, saying, “I mean, this is our wedding.” Yve added that before Mohamed arrived in the US, she had sent him photos of wedding venues.

However, Mohamed again is sticking to his guns, reminding Yve they only have 90 days to wed. He went on to suggest a courthouse wedding, saying:

So, why don’t we get married at the courthouse and file my paperwork?

Obviously, Yve is not impressed by his station and gets emotional, but he won’t back down. Mohamed says:

I didn’t come to the United States to stay home. If she doesn’t want to file this paperwork, why did she bring me here? I don’t understand.

The teaser for Sunday’s episode is included here:

Readers, what do you think of Yve and Mohamed’s chances of getting married and staying happily married? Let us know your thoughts by dropping a comment below.