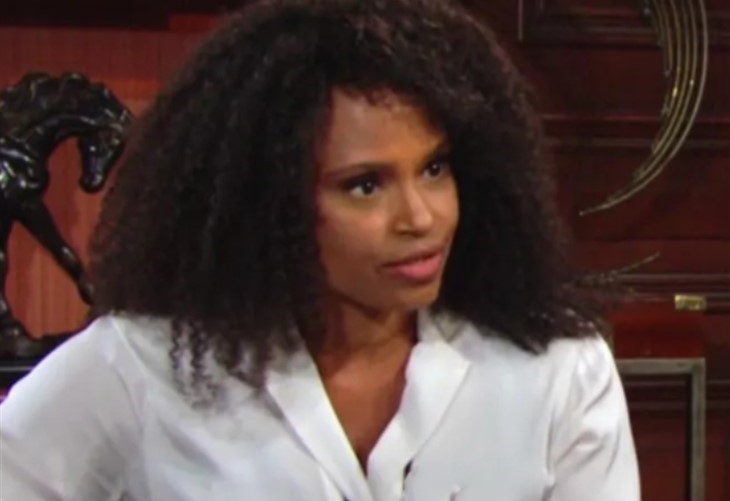 Zoe found out and was terribly hurt and moved to Europe to work at a Forrester office there, and Grace knows about that so she has her eyes on Carter when he’s around Paris! Paris has her eyes on Carter as well as Carter having his eyes on her, but Grace would be very wary of those two getting together if she knew – for one, Carter is a lot older than Paris. Plus, because of what Grace knows about Carter’s affair when he was engaged to Zoe, in Grace’s eyes, he’s a player!

Viewers of The Bold and The Beautiful will remember that the first kiss between Carter and Paris was actually Paris-initiated, and very impulsive, and they are very careful around each other in public, considering Zende Dominguez (Delon de Metz) works with them. Carter has kind of been in the middle between Zende and Paris, and he knew that Zende had ordered a custom-made engagement ring for Paris from Quinn, and that Paris wasn’t ready to marry.

Viewers of The Bold and The Beautiful will remember that Paris had confided this in Carter, and that is why when he found out Zende was planning to propose marriage to her, he gave Paris a heads-up. That way, she saw it coming and steered Zende away from the marriage talk, bringing up before he could that she was young and single and not ready for marriage yet.

Viewers of The Bold and The Beautiful know that Paris is in her early twenties and well capable of making her own romantic decisions; she isn’t counting on Mama watching her every move! Viewers of The Bold and The Beautiful saw that Paris made the first move when it came to Carter, but he didn’t exactly turn her down – so far it hasn’t gone any further than that first kiss.

What Mama Grace doesn’t know is that when Paris first started getting interested in Zende and Zende in her, Zoe had gone after Zende when she was engaged to Carter the first time! Paris put a stop to that although she wasn’t trying – Ridge Forrester (Thorsten Kaye) had been looking for Zende and she told him he was at Eric Forrester’s (John McCook) house, where he found Zoe trying to seduce Zende! Ridge told Carter and Carter broke up with Zoe, but now it looks like the reverse is happening with Paris after Carter; Grace intervenes when she sees another kiss but she doesn’t know all the backstories!