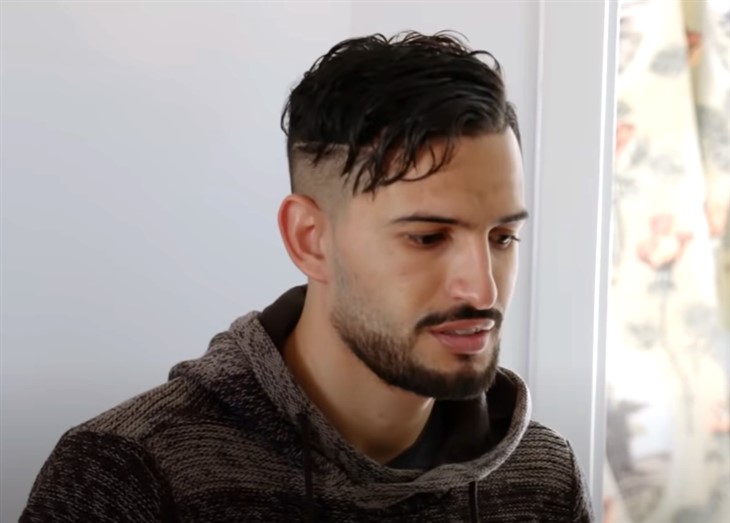 In a teaser clip for Sunday’s episode of 90 Day Fiancé, it is revealed that Hamza Moknii has been lying to Memphis Sandoval all along about his real age. The couple has been talking online for some time and he had told her he was 27. However, Memphis learns from his sister that Hamza is actually only 26 this year, making him much younger than her.

Memphis Sandoval is now rethinking her relationship with Hamza Moknii after it has been revealed that he lied about his age. She is not so worried about how much younger he is than she is, but is concerned that he has been lying to her. She asks herself, what other lies he may have told her?

Memphis fell for Hamza’s good looks and physique while they were video chatting online. She also loved his good morning texts that put her mornings instantly into a good place. In fact, Memphis liked him so much she decided to marry Hamza within two weeks of the first physical meeting in Tunisia.

So far, Hamza has given Memphis a bad impression. First, he lied to her about how conservative his mother, Hayet, is. Also, when he sneaked into her room soon after her arrival for some “sexy time”, Memphis found his performance to be quick and not satisfying. These things have already raised a couple of red flags for the American beauty. However, now she finds out Hamza has also been lying about his real age.

The relationship between the 90 Day Fiancé: Before the 90 Days stars has been controversial at best. One big problem between them is his lack of English, which could cause misunderstandings to occur. However, it is clear that he did lie about his age, as while he told Memphis he was 28, he was actually only 26 at the time.

“Now I’m not only six years older than him, now I’m eight years older than him,” said Memphis, 34. She now feels Hamza has “kind of betrayed” her by lying about his age. Rawia, who understands English much better than Hamza, told Memphis that on October 17, he would turn 27.

Meanwhile, a shocked Memphis kept saying that Hamza had told her he had just turned 28. She now ponders, “What else is he not telling the truth about?”

The cameras then revealed Hamza, admitting that during his first video call with Memphis, he had told her he was 27 years of age when he was really only 25. He then defended his action, saying he wanted to appear to be “mature enough” for the American beauty.

Meanwhile, Hayet said that Memphis was exaggerating things over his lie about his age. “It’s not so serious and heavy for her to be angry like this.” She also backed him up, saying he probably wanted to seem older for Memphis.

Meanwhile, Memphis is not taking the lie too lightly, as she reveals that they are supposed to visit the embassy for their marriage documents the next day. Now, she needs time to figure out if she even wants to proceed with the marriage, especially as she now realizes she is eight years older than the Tunisian native.

Watch the teaser clip below and make sure you catch 90 Day Fiancé: Before the 90 Days on TLC on Sunday at 8 pm ET.