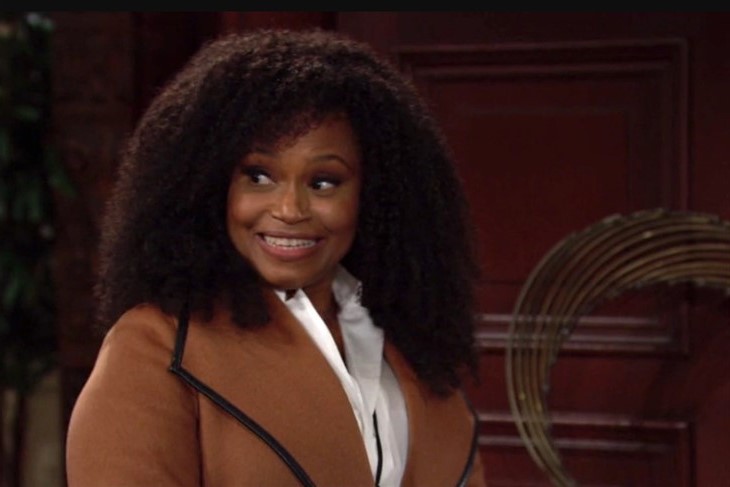 The Bold And The Beautiful (B&B) spoilers indicate that Carter Walton (Lawrence Saint-Victor) may be the most sought commodity at Forrester Creations. Will Grace Buckingham (Cassandra Creech) fall for Carter now that Paris Buckingham (Diamond White) is attracted to him?

The Bold And The Beautiful Spoilers – Carter Walton Gets Around

The Bold and The Beautiful’s Carter’s social life seems to have increased tenfold in the past year. The very laid-back COO of Forrester Creations to a sort of playboy. Carter started by getting engaged to Zoe Buckingham (ex-Kiara Barnes) who had eyes for Zende Forrester (Delon De Metz). Carter then got mixed up with Quinn Forrester (Rena Sofer) and ended up being her boy toy. Then Carter got friendly with Katie Logan (Heather Tom) but that seems to have fizzled out. Now Carter has befriended Paris who seems to be becoming very attached to Carter and is pulling away from Zende. However, Grace has recently come to Los Angeles and seems to be very taken with Carter as well. Will Paris lose Carter to her mother? How would Zoe react if this happens? Could Grace alienate both daughters in one swoop?

General Hospital’s Grace and Carter are both professionals. Carter has been at Forrester for some time now. Carter has rubbed elbows with some of the most elite people in fashion. Grace is smart and sophisticated. Grace and Carter could be a beautiful power couple if they got together. However, even if Grace is attracted to Carter, can she forgive him for breaking her daughter’s heart? Would Grace even consider dating a man who has been close to both of her daughters? Would Carter working for Grace’s forgiveness attract her to him even more?

The Bold And The Beautiful – Channeling His Inner Brooke Logan?

The Bold And The Beautiful’s Carter could be accused of channeling Brooke Logan (Katherine Kelly Lang) if he does get with Grace. Carter could certainly become interested in both Paris and her mother. Brooke Logan has been with an entire family. Brooke has been through the whole Forrester family after all. Are all the Buckingham women destined to be with Carter? Will Carter turn into a male version of Brooke?

Carter is an attractive man and no one could blame any of the Buckingham women for falling for him. Who will Carter end up with in the end? Will Carter face some backlash from the Buckingham daughters for choosing their mother?