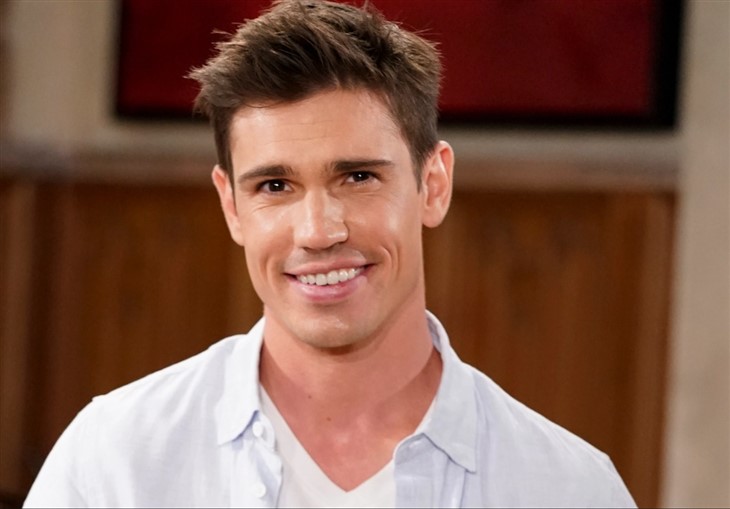 The Bold and the Beautiful spoilers reveal that Ridge Forrester (Thorsten Kaye), and Taylor Hayes (Krista Allen) made a promise to Li Finnegan (Naomi Matsuda). “Tridge” assured Li that they would preserve John “Finn” Finnegan’s (Tanner Novlan) memory. The only thing that is left of Finn is Hayes Forrester Finnegan (Piper Harriot). Will B&B change Hayes’ paternity again?

The Bold And The Beautiful Spoilers – Promise To Li Finnegan

B&B spoilers reveal that when Li arrived at the hospital, she beelined toward Sheila Carter (Kimberlin Brown). Li was filled with fury and shot darts of rage at Sheila without saying a single word. Ridge stopped Li and expressed his condolences as did Taylor. Li was made a promise that Finn would never be forgotten.

When something like this is mentioned in soaps, it’s usually a foreshadowing of the opposite. When couples gush about their eternal love, a break-up is coming. When people talk about what a great person a character is, their life is on the line shortly afterward. So, when preserving Finn’s memory was mentioned, it’s pretty much a guarantee that the good doctor is going to be erased.

The Bold And The Beautiful Spoilers – Steffy Forrester Finnegan’s Bond

The Bold and the Beautiful spoilers reveal that a bond will be formed after a near-death experience. Steffy is the only one who is currently on her deathbed right now. So, who will Steffy bond with that changes her life forever? Despite fans not wanting another “Steam” vs “Lope” storyline, it seems inevitable that we are going to be subjected to another love triangle.

Liam’s heartbreak and Bridget Forrester (Ashley Jones) consoling him are both mentioned in spoilers for the week of April 11. So, it seems that Liam is the person that Steffy will bond with when she wakes up.

The Bold And The Beautiful Spoilers – Paternity Changed Again?

Soaps are famous for rewriting history. At first, Liam was named as Hayes’ father but only because Vincent “Vinny” Walker (formerly played by Joe LoCicero) tampered with the results. However, Finn just assumed he was the real baby daddy. Another paternity test should have been done to confirm that Finn was really the father. However, that didn’t happen.

With the foreshadowing of Finn’s memory being erased, his only legacy is Hayes. So, will the writers try to completely delete Finn by making Liam Hayes’ real father? We will have to keep watching the CBS soap to find out.

What do you think is going to happen now that Finn is gone? Will the writers dare to change Hayes’ paternity once again? How will this affect the characters? Share your thoughts about the storyline and what’s coming next.