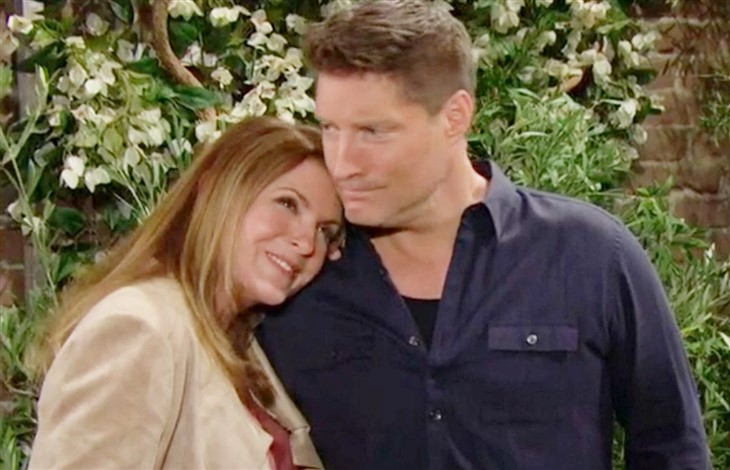 Viewers of The Bold and The Beautiful know that Sheila has been provoked by Steffy Forrester Finnegan’s (Jacqueline Macinnes Wood) telling her she’ll never be a Forrester and she’ll never be part of her son and grandson’s lives! Not only that, but Steffy, in Sheila’s mind at least, has turned Dr. John “Finn” Finnegan (Tanner Novlan) against her by telling him what Sheila did to Brooke Forrester (Katherine Kelly Lang) on New Year’s Eve.

Thomas Forrester (Matthew Atkinson) was supposed to keep that a secret, but viewers of The Bold and The Beautiful will remember that Steffy overheard him on the phone with Sheila talking about it at work! This sent Sheila on a murderous mission to hunt down Steffy and Thomas, and shut both of them up for good! Deacon comes to the alley to find Sheila screaming at a bleeding body on the ground, having heard gunshots from his janitor’s closet where he also lives!

B&B Spoilers – Sheila Carter Took A Shot In The Dark

Viewers of The Bold and The Beautiful will see that Sheila took a shot in the dark and she didn’t shoot who she thought she was shooting! It sounds like she’ll call Thomas to task thinking he told her secret, and she’ll decide he has to be eliminated for it, and tell him to meet her in the alley. But as viewers of The Bold and The Beautiful know, Steffy has been following Thomas – but it isn’t Thomas who comes to the meeting, it’s Finn, and Sheila is frantic as she realizes she shot her own son!

Deacon will have no choice but to call 911 because he will not allow someone to die in the alley behind his workplace on his watch, and Sheila is torn because she doesn’t want to just run away not knowing if she’s killed Finn or not! Deacon surely doesn’t want to cover for Sheila-Devil so he suggests that she claim she was startled and thought the man was a mugger and meant to scare him away and the gun went off! Never mind that convicted felons, of which Sheila is one, aren’t supposed to have guns!

Viewers of The Bold and The Beautiful know that Sheila will not listen to any sound advice from anyone, let alone Deacon, with her son bleeding out on the ground! Sheila wipes off her gun and throws it in the dumpster, since it’s obviously not registered anyway. Deacon advises her against it but she’ll tell the police when they undoubtedly come that she found Finn that way in the alley, and Deacon will tell that he was awakened by gunshots – that’s no lie!

Deacon decides he will accommodate Sheila only to say that when he came to the alley to investigate the gunshots Finn was on the ground and Sheila was frantically trying to assist and in a panic. He tells Sheila that she had better pray Finn doesn’t die because no one will believe someone with her record didn’t take the shot on purpose!