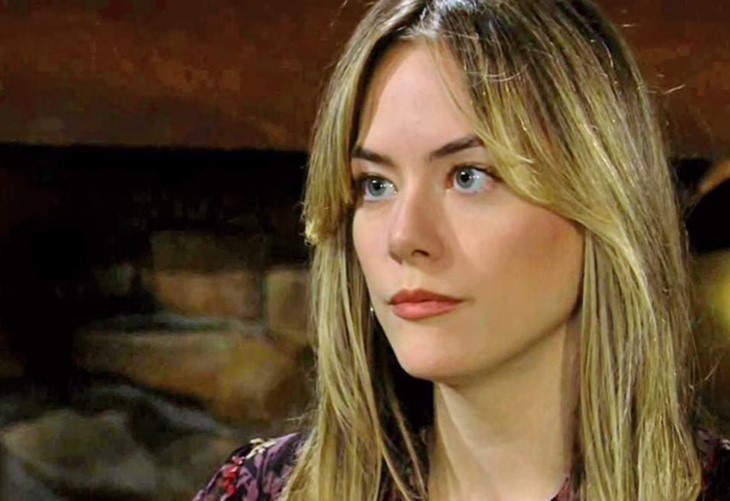 The Bold And The Beautiful Spoilers – Logans vs Forresters

B&B spoilers reveal that head writer and executive producer Bradley Bell promised some changes coming up. The scribe said that the war between the Logan and Forrester families would resurface.

However, another Logan/Forrester feud that could resurface might feature Steffy and Hope Logan Spencer (Annika Noelle). It has to do less than “Bridge” and “Tridge” and bring back the two women fighting over Liam.

Sheila threatened to get Steffy out of Finn’s life. This was indeed a death threat. Even though MacInnes will be going on maternity leave at some point, there is a chance that Sheila doesn’t strike Steffy. Instead, Sheila could do the unthinkable and accidentally kill or injure Finn.

The Bold And The Beautiful Spoilers – Steffy Forrester Finnegan Comforted

The Bold and the Beautiful spoilers reveal that if Finn dies or gets seriously injured, Steffy will be devastated. The Forrester family will rally around one of their own, which would be Steffy. Even though Liam is happily married to Hope, he has gone back to Steffy before. Could Liam trying to comfort Steffy lead to another round of “Steam?”

Even if Liam and Steffy don’t do anything inappropriate, Hope will never forget about the two sleeping together. As fans recall, Liam’s love triangle and waffling go back a long time. The last time Liam and Steffy were intimate, there was an unexpected pregnancy, who’s the daddy storyline, as well as a paternity switch.

So, Hope could remember all of that and go into panic mode. Hope will want to fight for her man. Hope isn’t exactly pleased with Steffy already because of “Tridge.” So, Hope will feel that Steffy latching onto Liam for support is just another way to bring down the Logan women. Hope might even claim that Steffy is reclaiming Liam just as Taylor tried to get back Ridge.

Liam may just be trying to be a good co-parent and friend. Even though they are divorced, Liam and Steffy still care about each other. A death or comatose situation would compel Liam to be there for Steffy. However, could it also destroy his marriage even if nothing intimate happens with “Steam?” Just how far will each woman go to win?

Sister Wives Spoilers: What Surprising Way Has Kody Supported The Family For Years?