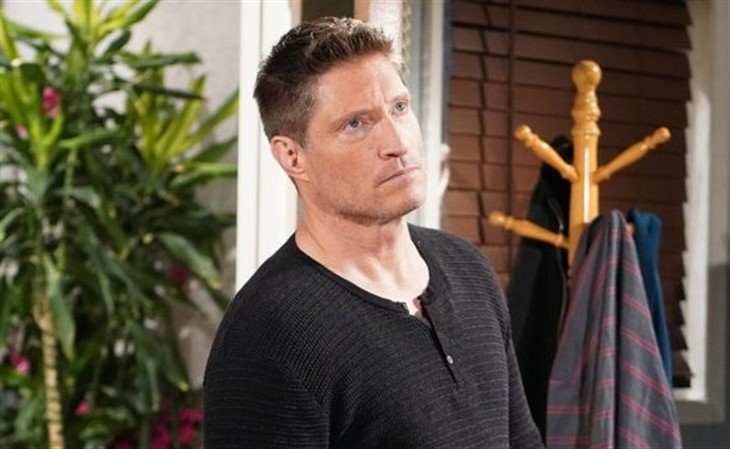 The Bold and the Beautiful (B&B) spoilers document that Deacon Sharpe (Sean Kanan) did not anticipate seeing Bill Spencer (Don Diamont). But he was glad to do so.

Bill was seething when Deacon purposely approached him at the Il Giardino bar. Bill was coming off a recent double rejection, talking with himself about personal growth that resulted in no payoff.

Of course, Dollar Bill burned both Logan bridges by treating Brooke Logan (Katherine Kelly Lang) and Katie Logan (Heather Tom) like a pair of high-priced sports cars. The sisters know Bill pledged his love to both of them within a matter of minutes at the Logan mansion.

Brooke is fond of Bill and enjoyed their time together, which included marriage. But that was a long time ago in real-time and soap-time.

It remains possible that Brooke could revisit Bill’s offer to reconcile if she and Ridge do not do the same.

Carter Walton (Lawrence Saint-Victor) has endured relationship issues in recent years, which Katie can relate to. This pairing feels like an intriguing, believable match.

If Katie pursues this new option, which she seems inclined to do, then Bill has no chance. Not that he did anyway, as Katie kept him purposely at arms-length because he burned her so many times.

Bill cares for Katie. But she is his second choice. Katie’s painful realizations of that fact caused her to give Bill another no at Brooke’s home.

The Bold And The Beautiful Spoilers – Sheila Carter Must Be Protected

Bill arrived unexpectedly at Deacon’s Il Giardino-based apartment. A return visit is not a stretch, with Sheila not likely to continue living with Deacon forever.

Sheila plans to reconnect with John Finn Finnegan (Tanner Novlan) sometime next year. That is less than a month away, based on the calendar.

So, Deacon might have initiated a storyline where Bill discovers who Deacon has been harboring on B&B. If not, Sheila is primed to push the needle and venture out in disguise before the upcoming holidays arrive.