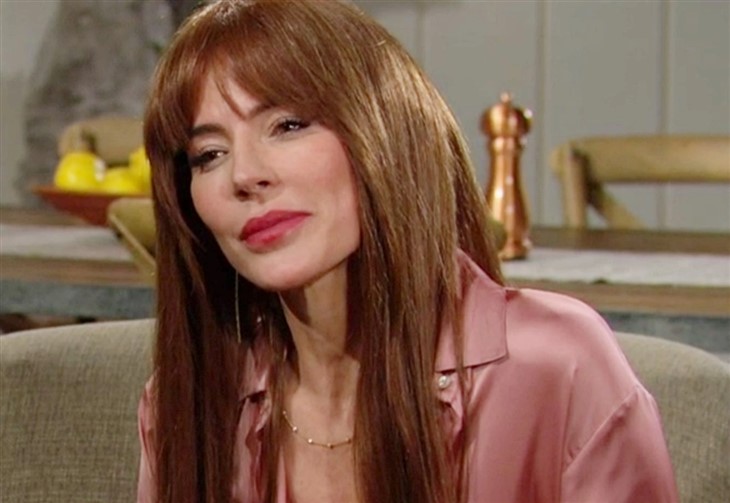 The Bold and the Beautiful (B&B) spoilers document that Taylor Hayes (Krista Allen) realized her mistake when Steffy Forrester Finnegan (Jacqueline MacInnes Wood) revealed the truth. That choice might forever stand as the last chance Taylor had to remarry her true love.

The almost again-Taylor Forrester should have stepped out of the bridal march down the Forrester mansion stairs, stopped the ceremony cold, and told Ridge Forrester (Thorsten Kaye) what their son did.

But Taylor was in a state of shock. She also feared telling the truth would mean no remarriage. But the plot details were revealed, and dramatic dialogue ensued.

Assume for the sake of soapy argument that Taylor said Thomas Forrester (Matthew Atkinson) reported himself to the authorities. Assume she detailed his use of a voice-altering smartphone application while the gathered cast offered reaction shots.

Would the eventual outcome to what will likely happen be any different?

Eventual outcome means the remarriage ceremony would not have continued, and Ridge would never remarry Taylor, whether he reconciles with Brooke Logan (Katherine Kelly Lang) or not. It could be that Ridge and Brooke do not reconcile in the near future, with Taylor realizing that she should not recommit to Ridge because he was not fully committed to her.

Seeing Thomas chide his sister reinforced how misguided he remains. John Finn Finnegan (Tanner Novlan) told his brother-in-law not to continue speaking to his sister in a harsh manner.

Thomas was not deterred because he was attempting to fight the backlash of his actions. The decision to get Brooke was exposed, and the resulting plan to see his parents remarried collapsed.

Steffy was protecting both of her parents by ensuring the truth got out. Thomas may not realize it, but she was helping him as well. And as Ridge referenced, Thomas definitely needs help.

The Bold And The Beautiful Spoilers – Ridge Forrester Needs A Vacation

It will be interesting to see if the main characters in this storyline go off-screen for a while. Kaye, Allen, and Lang were involved in an intense build-up that reached its on-screen climax.

Having Ridge take a trip out of town while Taylor reconsiders whether she should have agreed to his remarriage proposal should take a few weeks. Brooke may stay in her mansion after taking a needed stance in defense of dignity on B&B.