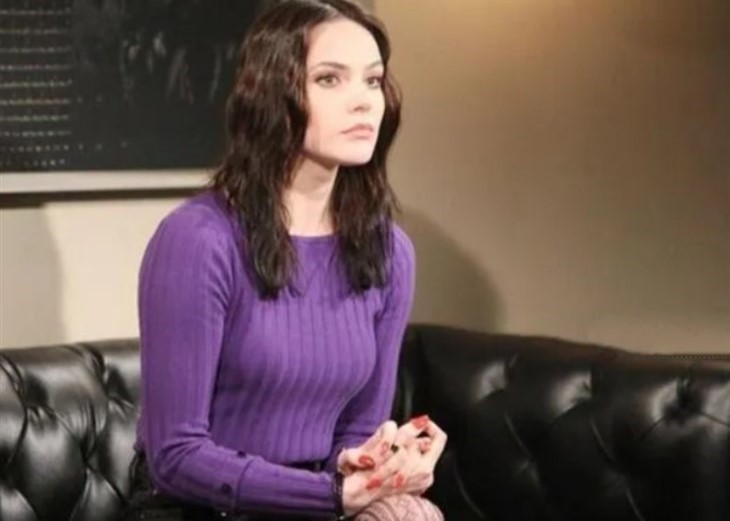 The Young and the Restless (Y&R) spoilers reveal Tessa getting news she was expecting but hoped she would never have to hear.

When you are a singer, your vocal cords are the most precious part of your body. If you lose that instrument, then you can lose everything. Although vocal cord nodules can be quite common, they can also lead to a loss of your entire singing voice or parts of it, meaning you can’t always hit notes you were able to hit before.

When Tessa Porter (Cait Fairbanks) learns from Elena Dawson (Brytni Sarpy) that she has to have surgery to remove vocal cord nodules, she freaks out because the surgery can go either way and she might lose her instrument. If a singer loses their instrument, they are losing a large part of themselves, which Cait Fairbanks seems to understand.

So, just how scared is Tessa when she gets this alarming news from Elena? “She’s in a panic, actually,” Fairbanks said in the July 12, 2022, issue of Soap Opera Digest. “It’s not just her voice that could be affected; singing is her identity. As a musician, I know I would be really scared about going through this.”

At least she has her new wife, Mariah Copeland (Camryn Grimes) by her side and as a support as they sit in Crimson Lights and listen to Elena as she tells them about Tessa’s next steps. “Tessa and Mariah totally trust Elena’s opinion,” Fairbanks said. “No matter what she says, good or bad, they’ll follow her advice, which is very reassuring for them no matter the outcome.”

This new crisis will lead Mariah and Tessa to put their plans to adopt a baby on hold, something they truly wanted and were looking forward to. But, for right now Tessa and her singing voice are the priorities and they know the option to be parents is always out there down the line. This might be especially disappointing to Mariah after carrying Abby Newman Chancellor’s (Melissa Ordway) baby last year.

At least this vocal cord nodule problem is something they can face head-on together because they have one another. Stay tuned to The Young and the Restless weekdays to see if Tessa’s singing voice will survive the surgery.