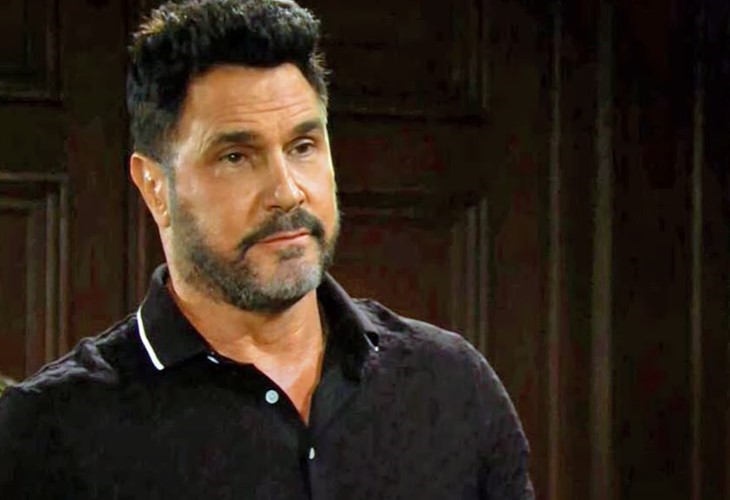 The Bold and the Beautiful (B&B) spoilers show Dollar Bill is on a mission to get his wife back and will not stop until he gets what his heart desires. He might end up disappointed and broken-hearted because the object of his affection is looking for love elsewhere.

Last week on The Bold and the Beautiful, Bill Spencer (Don Diamont) was pleading with Brook Logan Forrester (Katherine Kelly Lang) to tell him how to win her sister back. Meanwhile, Katie Logan (Heather Tom) was telling Carter Walton (Lawrence Saint-Victor) that she was tired of coming in second to Brook where Bill was concerned. Both Katie and Carter said they were tired of failed relationships and wanted to be loved and appreciated. They could possibly end up comforting each other.

Dollar Bill believes he can wine and dine Katie and win her back by spending a lot of money on her. He does not understand what it is that she really needs and thinks she can be bought. Bill promises to put her first but he always goes back to Brook. Katie is tired of the unstable life she has had with the father of her son. She seems serious this time about not wanting to reconcile with Bill. No matter how much money he spends spoilers tease that he might not win Katie back this time.

The Bold and the Beautiful spoilers say Katie and Carter will begin spending time together and flirting with one another. He has already confided in her about his problems with Quinn Forrester. It’s not clear whether or not these two will just remain friends and confidants or become lovers. Either way, Bill will be jealous of the relationship and try to put a stop to it.

B&B Spoilers – Bill Spencer Might Get His Heart Broken

If Katie sticks to what she has told Carter it will shock Bill who is used to getting his way. He will not understand why the woman he loves is not moved by his pleas and his money. Bill may get his heart broken if Katie says no and does not change her mind. Brook is happy with Ridge and not currently interested in her former spouse. Without any romantic prospects and being estranged from his buddy Justin Barber (Aaron D Spears) Bill could end up a very lonely man.

Mike Manning Returns To Days Of Our Lives