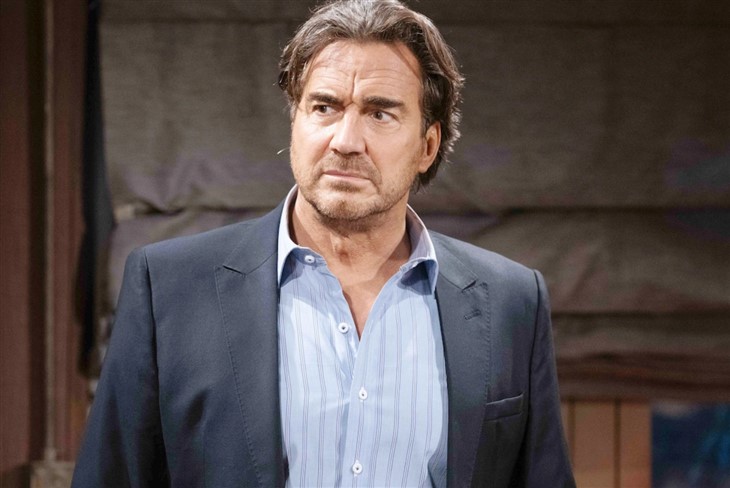 The Bold and the Beautiful (B&B) spoilers document that Ridge Forrester (Thorsten Kaye) continues to create his own problems. Brooke Logan (Katherine Kelly Lang) and Taylor Hayes (Krista Allen), the two women he loves more than any others, are the beneficiaries of his drama.

Yes, Brooke has created mayhem in the past, as hardcore fans know. But Ridge’s own mother, the late, great Stephanie Forrester (Susan Flannery), came to care for Brooke, famously dying in her arms.

Taylor is the anti-Brooke. The essence of sweetness, she stood by Ridge before trying to run from him in Aspen, Colorado. His intense plea and pledge convinced Taylor to believe that he wanted to spend the rest of his soap life with her.

The Bold And The Beautiful Spoilers – Brooke Logan Forrester Erased

Brooke learned Ridge wanted to leave their marriage and intended to erase it. So, he asked Carter Walton (Lawrence Saint-Victor) to create annulment paperwork that Brooke tearfully signed.

Ridge’s decision not to tell Brooke the exact reason why he wanted to annul their marriage and remarry Taylor is inexcusable. Other than stretching the storyline, why would someone as talkative as Ridge remain silent on that critical issue?

Kaye’s character has conditioned himself not to be suspicious of Thomas Forrester (Matthew Atkinson). Brooke was not surprised to learn that Ridge’s oldest son, the one he had with Taylor rather than the younger one he had with Brooke, was connected to what happened somehow.

What more could Taylor do than what she did? And that question is not contrived. It curtly describes how Taylor had to behave around Ridge.

Allen’s character has been walking on eggshells for months, waiting to see if Brooke would step into drama, as she often has before. But when she did, Ridge did not tell Taylor about it because he did not want to admit a rebound from Brooke was in effect.

Running away from Ridge in Aspen was symbolic of what Taylor felt she needed to do in that moment. She knows the overwhelming pull he has over her. She believed that being physically separate from him was the only solution.

The Bold And The Beautiful Spoilers – Ridge Forrester Deserves Either Woman?

Taylor’s Colorado run winks at a similar action she may need to take if she can not remarry Ridge. Why would Taylor ever choose to believe a reconciliation with Ridge is possible in the future if so?

Brooke will be relieved of her confusion when learning the truth. But will she quickly agree to reunite with Ridge on B&B?