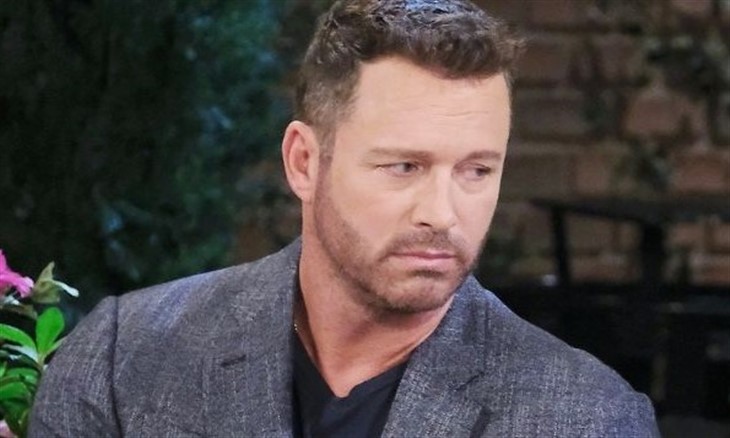 Days of Our Lives spoilers and updates tease that Brady Black (Eric Martsolf) will congratulate Eric Brady (Greg Vaughan). Eric’s already bragging about becoming a dad, and he just found out.

Days Of Our Lives Spoilers –  No Cigars, But Plenty Of Bragging

Eric couldn’t be happier that Jada decided to have their baby, and he’s looking forward to co-parenting his own child, a chance he thought he’d never have again. Once he told his father, Roman Brady (Josh Taylor) it was just about everyone he knew after that – with the exception of his ex-wife, now girlfriend Nicole Walker-Hernandez (Arianne Zucker). In a way, he may have dreaded telling her because of fears she may not support his raising his child with a woman who isn’t her.

It may have not been a conscious decision, but he didn’t tell her first automatically, for whatever reason. Maybe he didn’t want to put her on the spot since he had just broken up with Jada to be with her.

Brady congratulates Eric, because he of all people understands Eric’s desire to have his own child and how difficult it was to lose one to death. Eric, along with Sarah Horton-Cook (Linsey Godfrey) lived through the fiasco of Rachel Black (Finlay Rose Slater) having been swapped with a lifeless Mackenzie Horton (Emma, Kate and Miller Kamienski).

Rachel was several months old before Brady and Kristen DiMera (Stacy Haiduk) found out it was Eric and Sarah’s baby who had died a few hours old, not theirs. That was one crime Kristen wasn’t guilty of, that was the doing of a well-meaning Xander Cook (Paul Telfer) and Victor Kiriakis (John Aniston). Eric made sure flowers were placed on Mickey’s grave every month, even when he was away on mission in Africa and still does.

Days Of Our Lives Spoilers – A Cousin For Rachel Black

Brady wonders how Rachel will feel about having a baby cousin, and so does Eric, the two talking about how that might go down. They’re already making plans in their head about if the baby is a girl, and if Rachel would like it better than if the baby is a boy. A new baby will mean Holly Jonas (Elin Alexander) would have a little stepsibling if Nicole and Eric remarry, and they’re both sure Holly would approve.