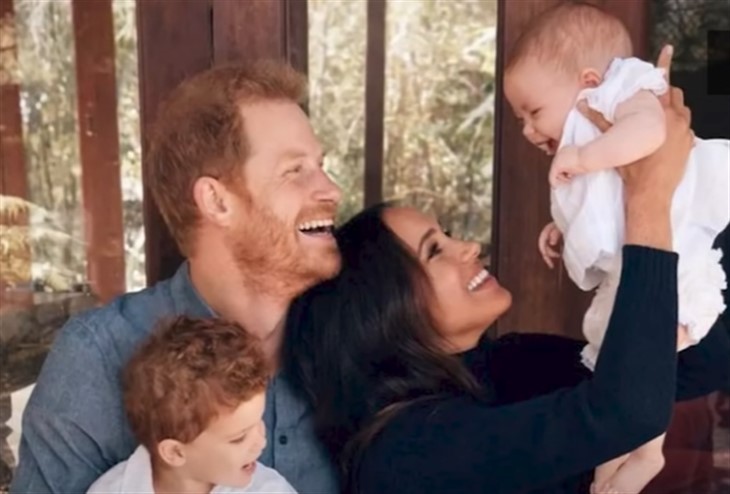 Continue reading and we’ll tell you more about it.

Born on April 24, 1926, Lilibet, as she was referred to by her parents, was born and, 25 years later on February 6, 1952, she ascended to the throne immediately following the death of her father, King George VI. Her coronation was postponed for a year and four months to allow time for her to grieve the loss of her father.

The jubilee celebration to mark the anniversary of the Queen’s coronation was announced, in January 2022, with plans for the festivities to span an entire weekend from June 2 to June 5. On baby Lili’s birthday, Queen Elizabeth has plans to attend the Derby at Epsom Downs as well as a concert at Buckingham Palace, BBC’s Platinum Party at the Palace.

Will Prince Harry And Meghan Markle Make It To The Event?

Sadly, with the Queen turning 96 in April of 2022, she has still not met baby Lili as the relationship between Prince Harry, 37, and his grandmother has been strained, since he and his wife, Meghan, 40, stepped away from the Royal Family and moved to the United States. Most recently, Harry’s plans to visit the UK with his family were stalled amid concerns over security.

According to People, a source said that the Queen did, however, meet the baby via video call shortly following her birth. Per the source, Harry and Meghan “were very excited and couldn’t wait to share that their daughter arrived.”

It is still unclear whether Harry and his family will be returning to the UK for the Jubilee Celebrations but a spokesperson for the prince said that he remains willing to cover his own security costs while in the UK, adding that “The goal for Prince Harry has been simple – to ensure the safety of himself and his family while in the UK so his children can know his home country.”

Be sure to keep up with all things royal and return here often for more spoilers, news, and updates.