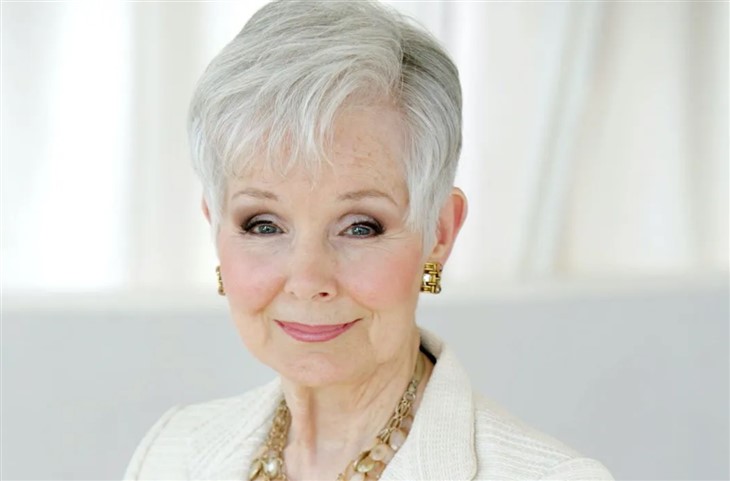 As the World Turns alum Kathryn Hays (Kim Hughes) passed away on March 25, 2022. The actress was 88 years old. ATWT fans were heartbroken and devastated over losing another soap legend. Hays’ daughter, Shari Hays Wells, spoke out to thank the fans that have expressed their condolences and memories of the actress.

As The World Turns News – About Kim Hughes

Hays joined ATWT in 1972 and played Kim until 2010. Kim was known to give nicknames to the other characters. That is an exceptionally long time to play a role, so she was an icon and a legend. So, fans were devastated and heartbroken to learn of her passing.

As The World Turns News -ATWT Alum’s Other Projects

As for the actress, the soap wasn’t her only project during her lifetime. Hays is also credited with appearing in One Life to Live, Law & Order: Special Victims Unit, Law & Order, American Playhouse, and Circle of Fear. Hays was also cast in Night Gallery, Cade’s County, Bearcats, and Owen Marshall, Counselor at Law.

According to IMBD, she also had parts in Star Trek, Mannix, Guiding Light, Hawaiian Eye, Surfside 6, Route 66, The Eleventh Hour, The Doctors and the Nurses, as well as Mr. Novak, Bonanza, The Alfred Hitchcock Hour, and The Road West.

As The World Turns News – Kathryn Hays’ Daughter Speaks Out

After the As the World Turns actress passed away, Shari spoke out about her mom. According to family friend Alan Locher, a message from Shari was shared to The Locher Room’s official Facebook page.

Shari added that she was loved unconditionally by her mother. Hays was also Shari’s biggest fan but also set boundaries. Shari specially mentioned her mother getting on her case when her grades went down.

Shari also said that Kathryn put a lot of herself into playing Kim. Shari understands why viewers loved the actress so much. She added,

“… she had a big effect on people over the years. Because I loved her, too, and did my best to be like her. So, thank you for sharing your memories of her, because we will miss her, too.”

Be sure to catch up on everything happening with TV right now. Come back often for soap spoilers, news, and updates.

15 Famous People Who Love Soaps As Much As We Do – Snoop Dogg, Julia Roberts,…