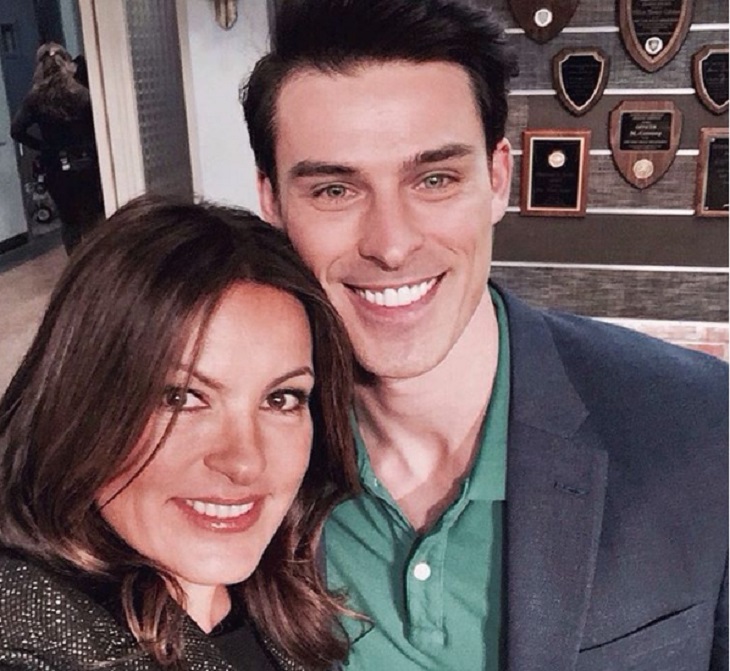 Exciting news for ‘The Bold and the Beautiful’ fans! Adam Gregory has joined former ‘The Young and the Restless’ star Michael Gross on ‘Law & Order: Special Victims Unit.’ The soap actors from ‘B&B’ and ‘Y&R’ will both make a guest appearance on the crime drama and Soap Opera Spy has the details on the soap opera stars’ roles on the NBC show.

Related: ‘The Bold And The Beautiful’ Spoilers Tuesday May 3: Nicole Rips Into Julius for Rejecting Sasha – Zende Stunned by Sasha’s Secret and Childhood Woes

Adam Gregory played Thomas Forrester on ‘The Bold and the Beautiful’ for 4 years spanning 2010 through 2014. Gregory is also known for his preppy-but-bad-boy character, Ty Collins on ‘90210,’ which ran from 2008 through 2013. The ‘B&B’ alum will make his ‘Law & Order: Special Victims Unit’ debut on the May 11 episode titled ‘Assaulting Reality.’ IMDb reveals the plot for Adam Gregory’s appearance as, “SVU is made part of a reality show when they investigate a contestant’s rape claims.”

Former River Baldwin from ‘The Young and the Restless’ Michael Gross, will also be featured on the NBC crime drama. This is the ‘Y&R’ star’s second appearance on the show, making his debut in 2002 as Arthur Esterman. It’s possible Michael Gross will be reprising his role during the May 11 episode.

Related: ‘The Bold And The Beautiful’ News: Jacob Young And Linsey Godfrey Dish on Co-Stars and Future Projects

As for Adam Gregory, he couldn’t help but share his excitement to be on ‘Law & Order: SVU’ The former ‘B&B’ star shared a photo of himself on set and posing with the show’s star, Mariska Hargitay! Gregory captioned the image, “That’s a wrap on @nbcsvu . Thank you @Mariska!”

You can catch ‘The Bold and the Beautiful’ actor on ‘Law and Order: SVU’ Wednesday May 11, 2016. The show airs at 9:00 PM ET on NBC. What do you think ‘B&B’ fans? Will you be tuning in to see Adam Gregory on ‘Law & Order: Special Victims Unit?’ Let us know your thoughts in the comment section below and don’t forget to look for ‘Y&R’ star Michael Gross on the show, too!

‘Days Of Our Lives’ News: Martha Madison Joins Cast Of Comedy ‘One Mississippi’

‘The Young and the Restless’ POLL: Are You Y&R Team Victor or Team Jack? VOTE!