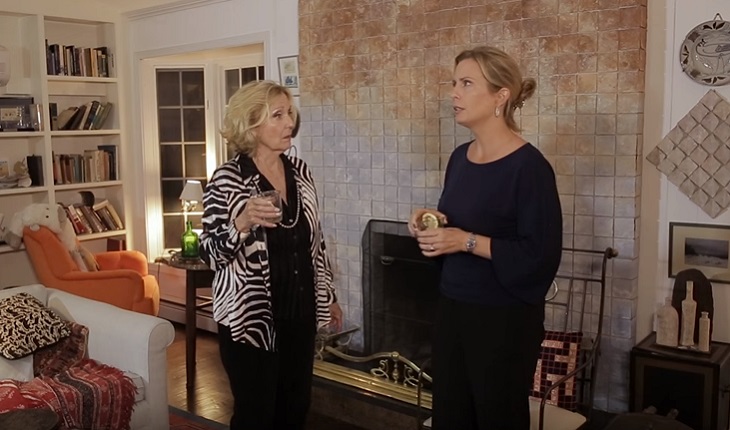 The series has been completely self-funded for a total of seven years – 41 episodes over four seasons. Anderson and the cast need your financial support to produce the next season. Anthony made his appeal In a video on the “Anacostia” YouTube Channel. “This is our first time coming to the fans, and asking the fans to help us,” the producer and director revealed.

Related: Catching Up With Austin Peck and Terri Conn – Life After ‘DOOL’ and ‘OLTL’

In case you missed it, “Anacostia” is a dramatic online soap opera that follows the lives of the residents of a small community in Washington, D.C. as they navigate through love, betrayal, deception and murder. “ATWT” alum Martha Byrne joined the web series in 2011 – and won an Emmy for her portrayal of Alexis Jordon since 2015.

Former “As the World Turns” co-star Elizabeth Hubbard took on the role of Eva Montgomery in the fall of 2015. In the YouTube appeal Anthony Anderson revealed that he, as well as the cast writers, wants to take the show in a bigger and better direction with the new season. Anderson revealed, “Honestly, I feel weird [asking the fans for financial help] because we havent in so long, but this is the first time.”

The “Anacostia” Go Fund Me has been set up to raise a minimum of $8,000 and “every last dime for that money is going to go into that production,” Anthony revealed. If everyone would just contribute one dollar the $8,000 goal could be reached without any problem at all. “$5, $10, $20 would be nice,” Anderson says in his appeal.  “$50 would be great. $100 would be even better!” Anderson laughs.

But this is serious business. “Anacostia” needs your support to continue the high-quality dramatic production. Anderson wraps up the YouTube video by saying, “If you can find it within yourself to give to “Anacostia” we would greatly appreciate it as a cast and as a production. No contribution, no donation is too small.”

You don’t need to be a fan of “Anacostia” or “As the World Turns” or Martha Byrne or Elizabeth Hubbard to help fund the fifth season. Just go to the “Anacostia” Go Fund Me campaign and donate whatever you can.  If you haven’t checked out the web series, we highly recommend doing so – it’s a must see!  Every episode is available right here on their YouTube channel.