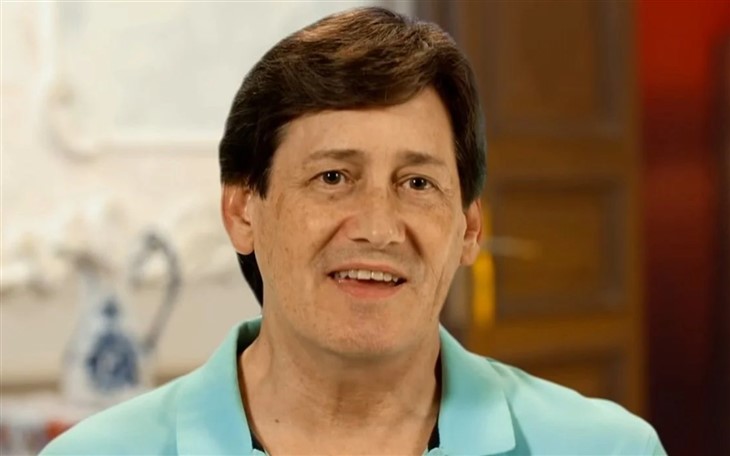 90 Day Fiancé fans are fascinated to find out former TLC reality stars Amira Lollysa and David Murphey have been spending time together in Las Vegas. Are they officially dating, while RV shopping in the city? It is starting to look that way.

A week ago, Amira Lollysa shared an image of herself and David Murphey, with the caption that she was looking forward to their road trip together. Now 90 Day Fiancé fans are wondering if the pair is an official couple.

Fans will remember that David was involved with a Ukrainian beauty, Lana, but it seems they have since split. Murphey, 60, starred in season 4 of 90 Day Fiancé: Before the 90 Days, where it was clear that he and Lana were in a one-sided relationship. In fact, David claimed they had been dating online for seven years and he had spent loads of money on her since that time and really got nowhere. It is pretty certain that the relationship is officially over and David is shifting his sights elsewhere.

Murphey is now enjoying the company of Andrew Kenton’s ex, French Egyptian beauty Amira Lollysa, who starred in season 8 of 90 Day Fiancé. Back when Amira officially split from Andrew, she hinted at a new American boyfriend. While she never revealed who he is, it seems she is spending lots of time with David in Las Vegas.

Murphey made the first reference a few weeks ago, by sharing a video, in which he asked his Instagram followers, “I’m over here at Caesars Palace and tell me what should I be doing over here.” Fans totally were shocked and surprised when he panned the camera to reveal none other than Amira Lollysa. Murphey captioned the clip, “Out for some fun.”

Fast forward to now, and a series of Instagram Stories have been shared by @truecrime_jankie. They clearly reveal Amira and David out doing a little RV shopping. Among the images, Amira poses seductively on the bed. It is definitely starting to look like these two are an item indeed.

Among the comments, one person wrote, “Who would have thought?!” Meanwhile, another fan speculated, writing, “They’re only doing that to get a spin off [sic]!!”

Fans that know David’s penchant for Slavic beauties are a little surprised, as Amira doesn’t quite fit the bill, so maybe that fan is right. We’ll have to wait and see if David and Amira come back to reality TV on the discovery+ spinoff, 90 Day: The Single Life.