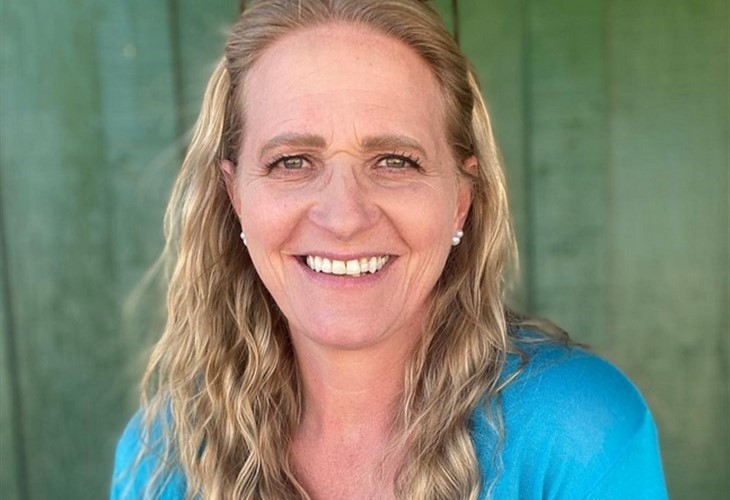 Sister Wives Spoilers suggest that Christine Brown is surrounded by loved ones and loving life. Christine left her dysfunctional relationship with Kody Brown last year and is enjoying being with her family.

Sister Wives cast member Christine returned to Utah to be near her children. Of course, this also means being close to her granddaughter Avalon Padron. Avalon is the daughter of Christine and Kody Brown’s daughter Mykelti Padron and her husband Tony Padron. Christine posted an adorable photo cuddling with not only Avalon but a beautiful cat as well. Christine captioned the photo, “It just doesn’t get much better than this! Cuddles from Avalon and Truely’s cat, Zelda! #blessed #oma”

Avalon is Christine’s only biological grandchild. However, Christine is very close to Janelle Brown’s daughter, Maddie Brown Brush, who gave birth to the family’s first two grandchildren. Christine and Kody may be divorced but that doesn’t take away from Christine’s love for his other children and grandchildren

Sister Wives spoilers show Christine announced her decision to leave the plural marriage to Kody last November. Christine revealed that she and Kody had grown apart. However, fans saw parts of their breakup play out on the show as Christine revealed Kody’s plan to not be intimate with her. Christine was visibly upset by Kody’s announcement. Unfortunately, Kody was the one caught by surprise when he began to find his stuff moved out of Christine’s house and into her garage. Christine asked for privacy as she and Kody navigate their new normal saying they would still be a strong presence in each other’s lives.

Since Sister Wives star Christine returned to Utah, she has been spending time with her children and enjoying her life as a grandmother. Although excited about Mykelti’s pregnancy, Christine posted, “Her being my biological daughter, maybe you’d think that it would mean something different. But it’s not. Maddie has two grandkids, Axel and Evie. And Mykelti is having another one of my grandkids, you know. It’s super exciting!” Christine has previously revealed that she felt as close to Janelle’s children as she did her own. Christine was the “at home” mom while Janelle and Meri Brown worked outside the house before Robyn Brown joined the family.

Christine often speaks about how much she enjoys being a grandmother. “It’s so rewarding watching your children become incredibly amazing parents and then getting this wonderful bundle of love along with it!” Fans have noticed that Christine seems much happier now that she is away from Kody and his dysfunction.