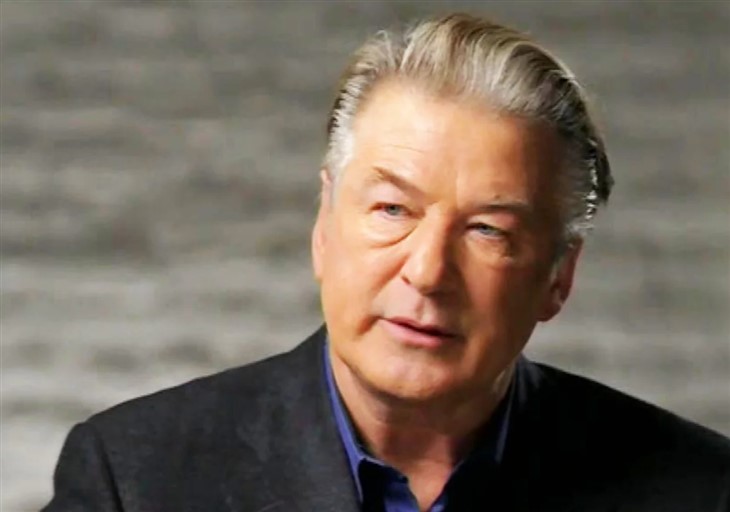 After accusing family members of a Marine killed in Afghanistan of attending the January 6 capital riots Alec Baldwin is being sued for defamation.

Baldwin is being dragged into yet another lawsuit. This time, the family of a Marine killed in combat in Afghanistan, is suing the embroiled actor for defamation after he posted misleading images of a member of the family linking them to the riot on January 6.

Continue reading and we’ll give you the details.

Alec Baldwin News – From A $5,000 Donation To ‘Insurrectionist’ And ‘Rioter’ In 60 Seconds

After Marine Rylee McCollum, 20, was killed in Afghanistan, Alec Baldwin located one of the fallen soldier’s sisters, Roice, 22, on Instagram, sending her a $5,000 donation for McCollum’s widow, Jiennah Crayton, according to court documents obtained by People.

The complaint, made earlier this month, alleges that Baldwin accused Roice of participating in the January 6 riots that ended in the deaths of numerous capital police officers. In a private Instagram message, the Drunk Parents actor called Roice an “insurrectionist” and a “Jan. 6 rioter.”

He then reposted images of Roice at the capital on January 6, sending her notice of the post, writing, “I reposted your photo. Good luck.”

Even though the actor has since taken down the images, Roice claims that she and her other sisters, Cheyenne and Crayton, have been receiving death threats since Baldwin shared the images. The suit claims that neither Cheyenne nor Crayton were at the capitol on the day of the riots of January 6, 2021.

The images stem from an Instagram post Roice made on January 1 of this year of her standing in the crowd with a MAGA hat on captioning the post “Throwback 😝🤘🇺🇲🇺🇲🇺🇲.” However, the suit claims that, though Roice attended the protest at the capitol on January 6, she did not participate in the riots that followed and have since been cleared by the FBI, per court documents according to People.

The complaint also alleges that Baldwin commented beneath the image, “Are you the same woman that I sent the $ to for your sister’s husband who was killed during the Afghanistan exit.” The sisters claim in the lawsuit that, since the day Baldwin shared the images and comments, the three of them have received “hostile, aggressive, hateful” messages on social media.

The sisters called the post “false, outrageous, defamatory, irresponsible, vindictive” and further claimed that the subsequent backlash they have encountered has caused them “severe emotional distress.”

This lawsuit comes as Alec Baldwin is still dealing with lawsuits that stem from the accidental shooting of Halyna Hutchins on the set of his movie, Rust. Be sure to stay caught on the Alec Baldwin drama and return here often for more spoilers, news, and updates.