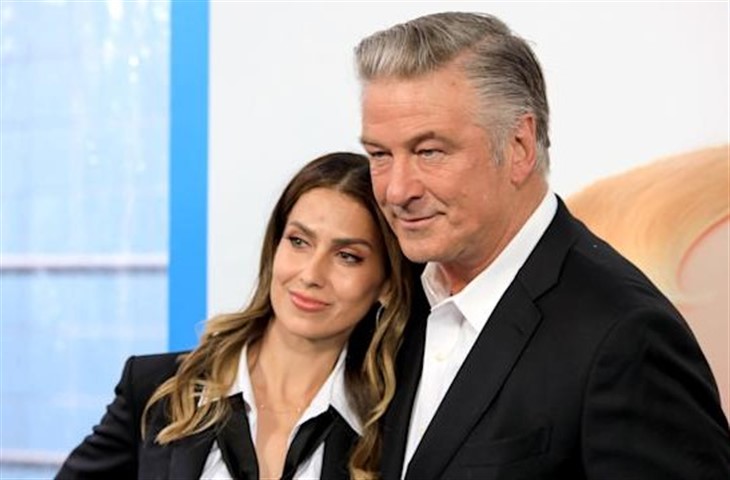 Alec Baldwin continues to remain in the spotlight over the Rust film shooting tragedy. But Baldwin doesn’t stand alone in the scrutiny. The actor’s wife Hilaria Baldwin also has come in for her share of media attention.

Find out what just happened in a new police incident. And discover the shocker about the FBI’s decision regarding Alec’s phone below.

Alec Baldwin and his wife Hilaria Baldwin reportedly got pulled over by the police recently, according to the Sun. The incident occurred in the Hamptons. However, Hilaria rather than Alec stepped out of the car when she realized that the East Hamptons police allegedly had stopped the couple.

Alec, 63, waited inside the car as his 37-year-old wife talked with a police officer. The police situation took place only days after the FBI decided to seize the actor’s phone. It’s not known if the police road incident was related to the FBI’s phone shocker.

During her talk with the police officer, Hilaria (who works as a yoga instructor) stayed calm. She has shared that her husband suffers from PTSD in the wake of the Rust film shooting tragedy. However, Alec was the one who exited the car to pick up coffee after the police had pulled them over. Hilaria stayed inside the car.

Following the Rust film shooting that resulted in the tragic death of Halyna Hutchins, reports spread about the FBI’s involvement. Those allegations linked to the FBI included a search warrant “issued for Alec Baldwin’s phone, according to court in Santa Fe, New Mexico, where Rust was being filmed.” That legal warrant revealed that the actor’s phone got requested “in the matter of the death investigation of Halyna Hutchins.”

In addition, the document specified the reason for the search warrant. “The seizure and search of a cellular phone believed to be an Apple iPhone due to conversations between affiant and Alec Baldwin being conducted through ‘iMessages.’ The phone belongs to Alec Baldwin and is believed to be in his possession.”

The actor has come under scrutiny because the deadly shooting occurred on his Rust movie set. A prop gun went off, hitting 42-year-old cinematographer Halyna and director Joel Souza, 48. Joel suffered serious injuries, but Haylna died from the fatal shots.

“According to investigators, it appears the scene being filmed involved the use of a prop firearm when it was discharged. Detectives are investigating how and what type of projectile was discharged,” stated the Santa Fe County Sheriff. In the wake of that statement, investigators determined that the gun had contained live ammunition.

The Rust film tragedy has resulted in rumors about Baldwin’s involvement. As a result, Hilaria bashed the “cruel trolls” making claims about her husband. In her Instagram stories, the yoga instructor accused individuals of “creating stories about us.”

In addition, Alec’s wife urged her followers to “reclaim” their voices and recognize that they can “speak your truth. They want to take advantage of you.” Hilaria promised that she would reveal more in 2022, adding that the year would result in “us speaking again.” Alec and his wife share several children, including daughter Carmen

Do you agree with Hilaria that the media has acted unfairly in targeting Alec Baldwin? Share your views with us. And then check back on our site for more Alec Baldwin news.