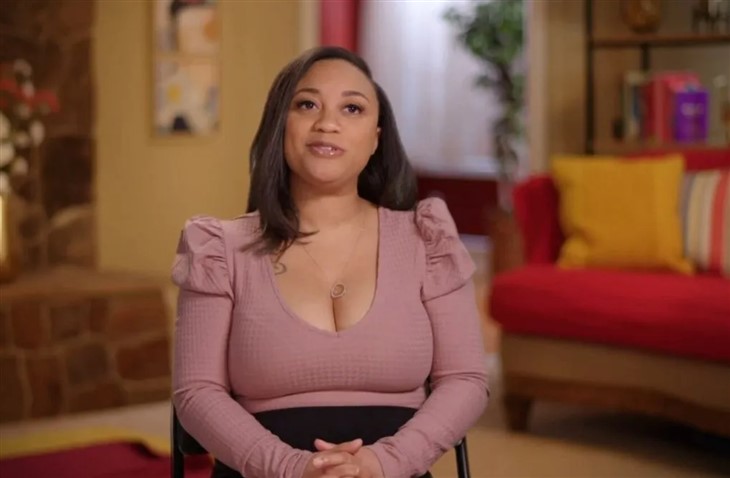 90 Day Fiancé spoilers and updates tease that Memphis Sandoval reacted to fans’ criticism after a one-star review of work surfaced on social media. The reality TV star created a fuss when she slept with her boyfriend Hamza Moknii despite the rules of the latter’s mom. Now she’s getting blasted for allegedly not providing quality services to her clients.

Memphis is a mental health practitioner and a newcomer to 90 Day Fiancé. She debuted on the show in season 5 with her Tunisian boyfriend Hamza. Fans called her out when she got married to a man whom she doesn’t even know that well and can’t even talk to. Viewers were also irked when she slept with Hamza in his mother’s house despite her mom’s rules. Fans believe that Memphis’ actions were disrespectful to Hamza’s mom, who’s been nothing but hospitable.

When she was slammed for sleeping with Hamza and defying his mom’s rules, she failed to take accountability. Instead, she defended herself and said that she’s not Muslim and the rules of his religion don’t apply to her.

Now, fans have issues with her after negative reviews from her customers surfaced claiming that she was insensitive towards her client’s psychiatric disorders. Some Reddit users found three bad reviews about Memphis’ service.

According to the reviews, Memphis failed to take her client’s situation seriously and she allegedly provided false diagnoses. One review noted that Memphis gaslit them and they were left traumatized after their appointment.

Memphis took to Instagram to address her critics. She shared screenshots of some of the positive reviews she received for her work. In one of the reviews, she shared, one of her clients described her as “warm, understanding, professional, and comfortable to speak with.”

Another one shared their experience with Memphis. The reviewer said that they were nervous at first but were put at ease eventually when they realized that Memphis was a great listener especially when it comes to their mental health concerns.

In one screenshot, Memphis wrote, “So I see how miserable people are that they have to dig up two bad reviews.”

In a different Instagram Story, Mephis teased that 90 Day Fiancé isn’t real. She noted that nobody really knows if the show is real and that fans are trying to put her down as a health care provider. Memphis is a single mother and has been a nurse since 2012.

She called out her critics and said that they don’t have the right to call her out for not being a good provider given that she’s been a CAN/Phlebotomist since 2005. There will always be unsatisfied customers.

Be sure to catch up on everything happening with 90 Day Fiancé right now. Come back here often for 90 Day Fiancé spoilers, news, and updates