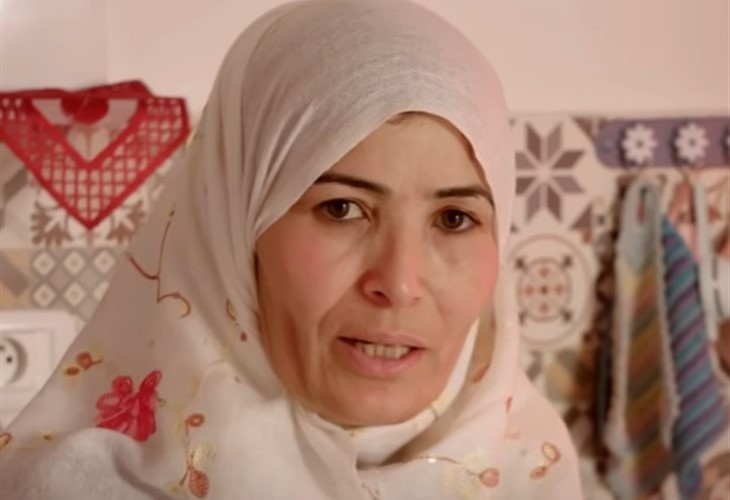 After 90 Day Fiancé star Hamza snuck into Memphis’s room, it seems there is disappointment all around.

90 Day Fiancé: Before the 90 Days definitely exposes its viewers to different cultural rules and choices. This is especially so with Tunisian native Hamza Moknii and his American online love, Memphis Smith. After Hamza snuck into Memphis’s room the night before, his mother, Hayet, is shocked and disappointed. Meanwhile, Memphis is disappointed for another reason – that the couple’s “sexy time” was over so soon.

In a clip from Sunday’s episode of 90 Day Fiancé: Before the 90 Days, fans can see how disappointed Hamza’s mom, Hayet, is after he and Memphis spent the night together. She had warned him that this shouldn’t happen before marriage, but Hamza had ignored her wishes.

Memphis found Hamza on a dating app and decided to give up her wild single life and get married to him, even before they met face to face. While dating online, the couple had virtual “sexy time” on video calls, but now came the time for Memphis to try out his bedroom skills in person. Now staying in his mother’s home, Memphis had disrespected Hayet by allowing Hamza to sneak into her room. In fact, her future mother-in-law is not impressed one bit.

Memphis is a mother of two children and admits to taking a leap of faith when it comes to Hamza. She openly admits to spending money on her unemployed beau and being willing to pay the cost of his spousal visa without really knowing him upfront and personally.

However, on his part, Hamza hasn’t been totally honest with Memphis. He didn’t explain about his strictly religious mom, in a culture where physical intimacy is not allowed prior to marriage. When Memphis found out, she felt betrayed by Hamza and that she has disrespected his mom.

When Hamza sneaked into Memphis’s room in his mother’s home, the pair totally disrespected Hayet. However, they also found out something that could ruin their relationship.

In a teaser clip posted by 90 Day Fiancé, Hamza’s mom, Hayet has walked into Memphis’s room and caught the couple red-handed, making the bed together. It was clear that Hayet was totally shocked and disappointed to find her son had not respected her wishes.

Hayet tells the cameras, “Today he surprised me. He didn’t listen to me,” adding, “I mean, I am in disbelief.” The Tunisian mom explained that she has warned Hamza many times that “this” should only be done after the wedding. However, she did hint that she believes that Memphis is at fault, saying, “It is possible she imposed; she is the one who insisted, you know?”

With great sadness, Hayet also said, “And God only knows what happened between them.”

However, it turns out she is not the only one to feel disappointed over Hamza’s actions. Memphis tells the cameras that Hamza had snuck into her room during the night and she couldn’t say no. Meanwhile, she is basically keeping her fingers crossed that the situation doesn’t mess up their relationship.

However, even though Memphis didn’t want Hayet to know about their “sexy time,” she had a complaint of her own. She told the cameras that their lovemaking was “so quick” that she “batted an eye and it was done.”

With both Hayet and Memphis disappointed each in their own way, it looks like only Hayet is happy right now. Basically, he got what he wanted, despite what his mother told him. Judging from the clip, even the family cat is shocked. 90 Day Fiancé fans can only wonder if this relationship has any chance at all of surviving.

Readers can watch the teaser clip below:

Catch the next episode of 90 Day Fiancé: Before the 90 Days on Sunday at 8 pm ET on TLC.