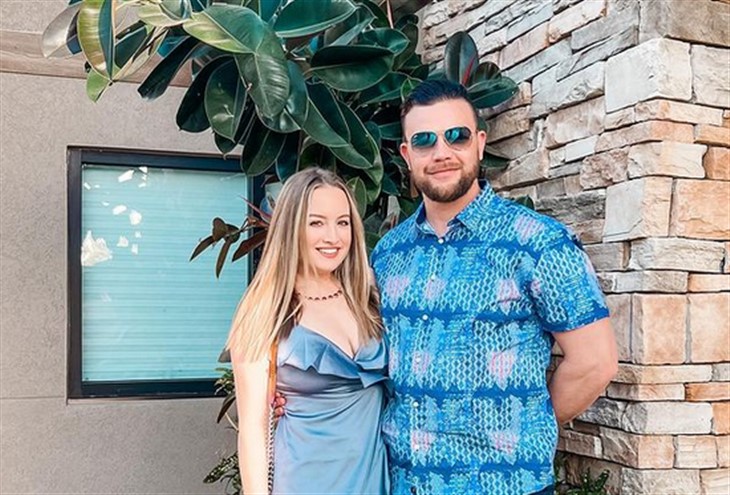 90 Day Fiancé stars Elizabeth and Andrei Castravet have now revealed the gender of their second child in an offbeat way.

In March this year, 90 Day Fiancé stars Elizabeth and Andrei Castravet told their fans that they were expecting a second child. While fans were looking forward to knowing whether they are having a boy or a girl, the couple has now offered a unique gender reveal on Instagram.

Fans will recall that Elizabeth (AKA Libby) Potthast and Andrei Castravet first starred in season 5 of 90 Day Fiancé. The couple first met via a dating app and later enjoyed their first meeting in 2016 in Dublin, Ireland. At that time, Andrei, 36, was working as a bouncer, while Libby (30) worked at her father, Chuck Potthast’s real estate company. Andrei, a Moldova native, moved to America on a K-1 visa but failed to impress her family.

Despite this, Andrei and Libby wed in October 2017 and Libby later gave birth to their first child, Eleanor in 2019. Fans of the TLC show got to watch the major drama surrounding their wedding on 90 Day Fiancé: Happily Ever After?

After telling fans that they were expecting a second child, everyone has been clamoring for news and possibly a gender reveal from the couple. Finally, the 90 Day Fiancé stars have posted a new, original and offbeat gender reveal on Instagram.

Libby took to her Instagram on Friday and surprised her more than 800K followers by posting a gender reveal. Surprising, it was, as the couple posted an Instagram reel, backed by the Harry Styles song, “Music For a Sushi Restaurant.” The clip starts out with Libby and Andrei in a green field, wearing all-black clothing, with little Ellie clad in a frilly dress.

At first glance, viewers might not have suspected what was coming in the reel. However, as a hang glider swoops into the frame, trailed by blue fabric, fans got their first hint. Meanwhile, in her caption, Libby wrote: “Ellie is going to have a baby brother!!!” with a series of blue heart emojis.

Suddenly, more hang gliders appear, releasing smoke from canisters attached to their ankles. Then, Andrei, Libby and Ellie were seen to be jumping up and down, while bright blue smoke announced the upcoming arrival of a baby boy. Readers can see the video footage here:

Moreover, Libby also posted an image from the scene, captioned: “We are so excited to finally find out that we will have a son and Ellie will have a baby brother!!!⁣⁣”
💙💙💙💙⁣⁣

As Libby is 23 weeks pregnant, she will supposedly give birth to their little boy in September this year. Now, rumors are starting to do the rounds that they might return for the next season of 90 Day Fiancé: Happily Ever After? Andrei and Libby’s fans would love to see the continuation of their life, complete with the new little boy.

Prince Charles Warned To Stay Politically Neutral Like The Queen

90 Day Fiance’ Spoilers: Mohamed Threatens To Pack His Bags, Should Yve Tell Him To…