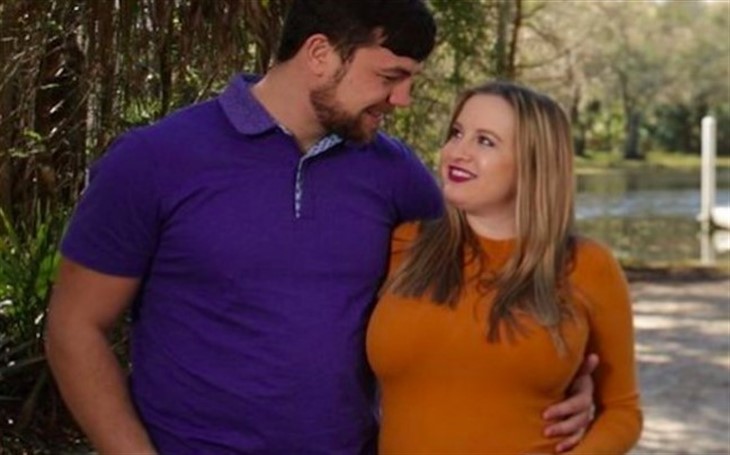 The news came on Instagram that Elizabeth Potthast is expecting Andrei Castravet’s baby, which will make them a family of four.

Congratulations are in order for 90 Day Fiancé stars Elizabeth Potthast and Andrei Castravet! Libby announced on Instagram on Friday that she is expecting their second child. It turns out their cute three-year-old daughter, Ellie, will become a big sister. Read on to find out what we know so far.

Elizabeth took to Instagram to share a beautiful photo of the family, standing on a beach in the sunshine. In the image, Andrei cradles Elizabeth’s baby bump, while carrying little Ellie. Libby captioned the post, writing “We are so extremely excited to announce that we are expecting baby Castravet #2!”

The caption continued, with the proud momma writing, “Ellie is SO ecstatic to be a big sister and help momma! We appreciate all of your love and support and cannot wait to have you on this journey with us!”

Fans will recall that Elizabeth and Andrei first starred in season 5 of 90 Day Fiancé. They went on to appear in a number of spinoffs, including 90 Day Fiancé: Happily Ever After?

The couple originally connected on a dating app and met up in Dublin, Ireland, although Andrei is from Moldova. Eventually, he moved to Florida to be with Elizabeth and this is where the problems began.

At first, Andrei and Libby’s family didn’t get along, leading to a fistfight with her brother, Charlie. Meanwhile, her other siblings accused Andrei of being lazy and not wanting to work. Despite this, they had a problem when he tried to join the family’s real estate business.

ET interviewed the couple in June last year, where Elizabeth said she would always have her husband’s back. In fact, she would take his side over any problems her family might have with him.

Elizabeth said that, at the end of the day, she will always have her husband’s side. She added that should she feel her family is disrespecting him, she is going to stand up for him and speak her mind.

The TLC reality star addressed criticism from fans about his often harsh way of speaking to her. She said, “I’m a pretty tough cookie, it might not seem that way, but I really am, and I don’t let little things bother me on his delivery, but it’s something that I’ve definitely had to talk to him about on numerous occasions,” adding, “Like, maybe you could say that a little differently.”

Congratulations to Elizabeth and Andrei on their latest pregnancy. No doubt, the couple will keep fans posted as the pregnancy progresses.

DOOL Spoilers: Brady And Chloe Make Love, Then What?