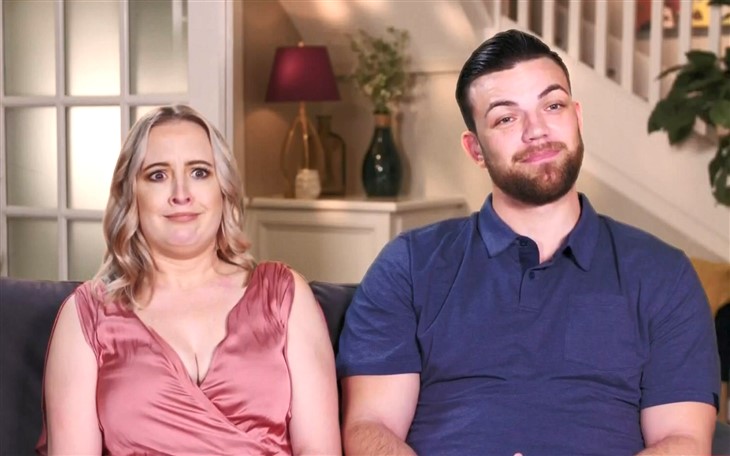 90 Day Fiance spoilers reveal that fans are a little shocked by Andrei and Libby Castravet’s birthday parties. The couple had a real birthday party for their daughter, Eleanor, but they had to fake one for the show. Fans were shocked by the clues that they found on social media and couldn’t see why they would have two parties. Fans are getting pretty tired of these two and now that they have given away hints about the show, viewers are ready for Libby and Andrei to move on.

The drama between Libby’s family and Andrei is pretty boring at this point. 90 Day Fiance viewers have started to complain about the storylines of this family being used over and over. They want to see something new happen in their lives, but nothing is going on except the same drama. We’ve seen arguments in Moldova and in the states and it just looks as if they will keep it up.

Fans have also called out Libby for posting nothing but happy things on her social media accounts. When we watch her on the show, she is constantly yelling and arguing with Andrei and her family. Is this all for the show? Many fans think it is and their whole storyline is fake.

When Libby and Andrei held Eleanor’s birthday party on the show, they were dressed completely differently than in the pictures that they shared on Instagram. This led fans to believe that the couple held two different parties for her, one fake and one real. The birthday party on the show also featured her family throwing cake and fighting, while the Instagram birthday shows nothing but family members smiling and looking happy.

When viewers saw the pictures of the Instagram birthday, they wrote, “More frauding by TLC, they don’t even try anymore. Libby and Andrei want their own show. That’s why so much drama is aired with them. Everything they do is staged! All the fights are fake.”

Lindsie Chrisley Speaks Out For The First Time Since Divorce Announcement