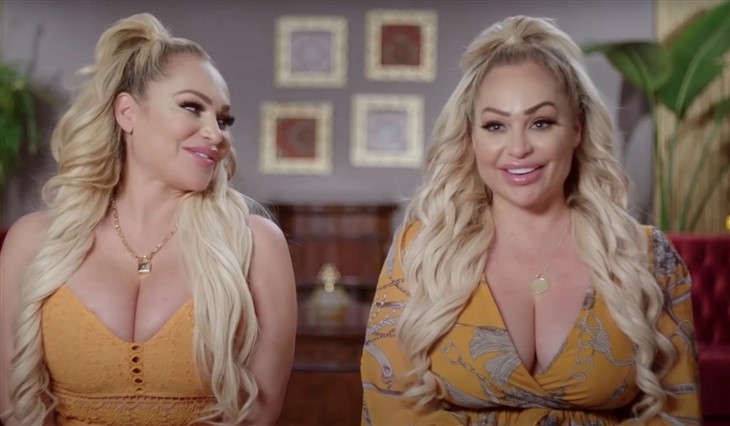 90 Day Fiancé spoilers, news, and updates tease that fans noticed something odd between the iconic TLC twins, Darcey and Stacey.

Stacey and Darcey Silva debuted on the show when the latter was romantically linked to her now ex-boyfriend, Jesse Meester. After the failed relationship with Jesse, she got to date Tom Brooks and Georgi Rusev but both have unfortunate endings. As she’s not yet lucky in love, the Connecticut resident decided to stay single.

On the other hand, Stacey is a mother of two and married to Florian Sukaj. She has stayed with Darcey, especially when her twin sister experienced heartbreaks over her unsuccessful relationships. The popular twins even got their solo spinoff “Darcey & Stacey.”

The twins were both known for their extreme cosmetic surgeries, including tummy tuck, liposuction, and Barbie makeovers. In their recent photo together, the iconic twins posed in a breakfast and brunch restaurant. The resto’s official Instagram page posted the photo online as Darcey and Stacey thanked them for their incredible service.

A “90 Day” fan took a screenshot of the post and shared it on Reddit, laughing about Darcey’s comment that says: “Thank you all for the love and hospital!” The other TLC fans gathered in the comment section and expressed their thoughts about the twins’ appearance.

One fan commented, “They were identical, but now, they look completely different.” A Reddit user said, “Poor, Darcey. She was the hotter one before the surgery. Now, Stacey looks better.” Another one chimed in, “I can’t get over the fact that Darcey looks 10 years older than Stacey now.”

Recently, in one of her Instagram stories, Darcey shared her visit to a clinic that caters to a non-surgical advanced needling treatment called Morpheus8. In the next video, she was seen lying down in a chair with the cosmetic procedure being done to her face.

Following the beauty enhancement, the TLC star showed off her newly treated face. She expressed how “happy” she was to finally step foot in the clinic once more. Darcey also encouraged her followers to take the treatment as it was good for smoothening fine lines and wrinkles. “It is the best you guys,” she said.