90 Day Fiance Spoilers: Kim Menzies Was Married To A Murderer 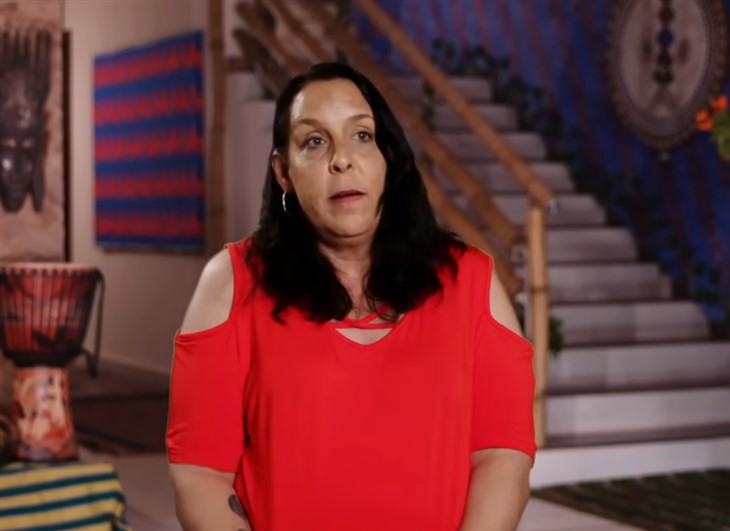 90 Day Fiance spoilers reveal that Kim Menzies was previously married to a murderer. Kim has talked a lot about how she has had some terrible relationships with men before and this marriage was no different. The man in question is not Jamal Menzies’ father, so viewers can rest knowing that. This man’s name is Kevin Golphin and he is currently in prison for murder.

Kim has been very excited about the fact that she could be the new wife of Usman Umar, but she just has to get his mother’s blessings. Kim also needs to get over the fact that Usman wants another wife because he has to have children. Although this has bothered her a lot, she does love Usman, but will love be enough to keep them together? Kim knows what marriage can be like and her past marriages haven’t been the best.

A source that is close to Kim said, “Kim saw his story on TV and went to jail one weekend to visit him.” He and his brother, Tilmon Golphin were arrested in 1997 for killing two police officers in Fayetteville, North Carolina. The brothers were found guilty on all charges and they were sentenced to death.

Kim began to visit Kevin every week and she “felt like there was more to the case than met the eye.” She actually fell in love with him and they ended up getting married. Their relationship lasted for two years and it was never consummated. He will be in prison for the rest of his life after North Carolina dismissed the death penalty. The source that is close to Kim mentioned that she is not letting her past get in the way of her future. She knows that she has made some mistakes in the past and falling for a murderer was just one of them.

While we watch her on 90 Day Fiance: Happily Ever After, we hope that she and Usman can compromise on the second wife that he will take in order to have children. He mentioned having three or four wives and Kim shot that down very quickly. We will have to watch and see what happens next.