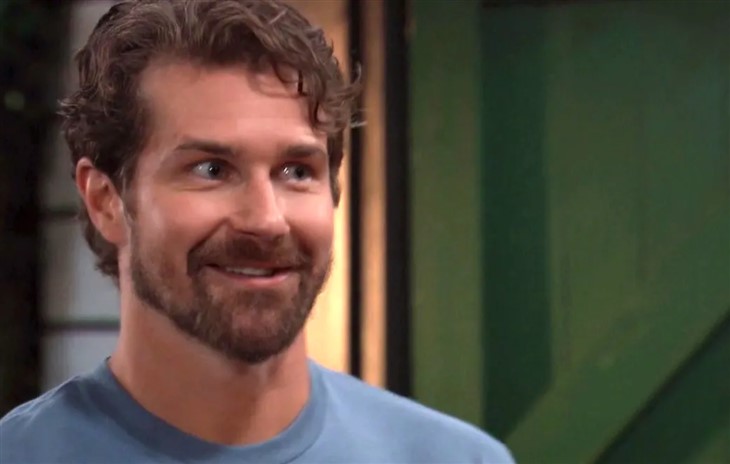 General Hospital (GH) spoilers indicate that Dante Falconeri’s (Dominic Zamprogna) secret will finally come out. Cody Bell (Josh Kelly) had mentioned more than once that he wasn’t the only guilty party in their past. Sam McCall (Kelly Monaco) may be very moved by Cody’s sacrifice, what happened?

General Hospital spoilers reveal Dante is grateful to Cody for whatever he took the blame for. Chances are that Dante would not be a cop today without Cody’s sacrifice. Of course, fans have no idea what Cody took the blame for. Unfortunately, whatever this was put Cody on the wrong side of the law. Cody doesn’t trust cops at all.

Cody admits that there was no need for both of their lives to be messed up over this incident. Of course, Dante had probably shared his hopes of becoming a cop as well. Dante has made a great life for himself as a cop and working with the WSB as well. Dante survived being shot by his father for trying to take him down as well.

Cody doesn’t seem to blame Dante for the fact that he covered for him in the past. However, it does seem that Cody will reveal what happened causing issues for Sam and Dante. Since Dante doesn’t seem to want to discuss this and hasn’t bothered to tell Sam what is going on, he must be fine with keeping this secret just where it is. Dante may want to leave the past in the past.

Sam could overhear Cody and Dante discussing the issue. After all, Sam tends to hear things here and there that she’s not supposed to and this could have her asking questions. Will Dante finally tell Sam the truth about his past? Will Dante’s past cause problems with his and Sam’s future?

Sam may be very upset with Dante considering everything he put her and Jason Morgan (ex-Steve Burton) through years ago. Sam may feel that Dante is beyond hypocritical for making the choices he has made. After all, Dante treated Jason worse than a common criminal after the truth about him was discovered. Of course, Dante was an undercover cop but still, he could have shown more respect back then.

Jason was working for the cops himself for a while. However, when Jason returned to Port Charles after being gone for five years, it was obvious that Dante hated him. Dante is now with Jason’s ex-wife and is dishonest with her. Can Sam bring these two issues into perspective and forgive Dante? Will Sam ever knows exactly what Dante’s crime was?