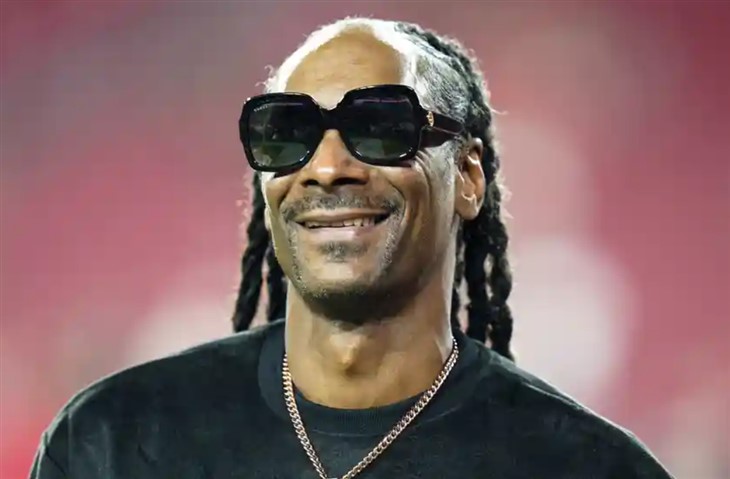 Fans know that 90 Day Fiancé star David Toborowsky has a great sense of humor and so too does rapper Snoop Dogg. In fact, Snoop spotted a video on Instagram of David getting his eyebrows microbladed, backed by his own tunes. The rapper quickly shared the video to his own Instagram, grabbing plenty of attention.

2022 Super Bowl is set to start on Monday, February 14, and Snoop Dogg will be performing at the halftime show, along with Kendrick Lamar, Dr. Dre, Eminem and Mary J. Blige. Snoop has said the opportunity to perform at Super Bowl in Los Angeles is a major dream of his.

Due to this, in the days leading up to the event, the rapper is reposting content relating to his upcoming halftime performance. Among the content is a video with 90 Day Fiancé star David Toborowsky, getting his eyebrows microbladed, backed by Snoop’s music.

The rapper is known for sharing humorous videos and memes to his Instagram, particularly if they include his music, as David’s clip does. Meanwhile, Snoop has more than 67 million followers on Instagram, placing him in the list of the top 50 most-followed Instagram accounts.

The video featuring the 90 Day Fiancé star reveals David getting his eyebrows microbladed. As he sits there, his eyebrow technician starts dancing to the opening notes of “Nuthin’ but a ‘G’ Thang.” As the first verse starts playing, the technician is suddenly wearing sunglasses and a chain and starts to rap along to the song. Then David himself starts jiggling and singing Snoop’s song.

The video was first uploaded to Instagram by Beverly Hills Microblading with the caption, “Getting 90 Day brows ready for SnooperBowl Sunday,” in a subtle nod to Snoop’s upcoming halftime performance.

Once he spotted it, Snoop quickly reposted the video to his Instagram page with no caption. The video instantly started getting attention, with 90 Day Fiancé cast members and fans taking to the comments section, excited to see the fan-favorite 90 Day Fiancé star on Snoop’s social media.

Among the fellow cast members, Ariela Weinberg was quick to comment, writing that David has “really made it” after landing on Snoop Dogg’s Instagram. She wrote, “I thought it was cool when @chrissyteigen posted Bini but this just tops that by a million.”

Another person commented, writing “Eyebrows on fleeeeek.” Yet another quipped, “LOVE THIS 90-Day SNOOP match up!” while another wrote that they “needed a minute.” David also commented on the video post, thanking the rapper for letting him be a part of this.

As fans know, David is busy right now. When he’s not having his eyebrows microbladed to Snoop Dogg’s rap music, he and his wife Annie Suwan recently scored their own 90 Day Fiancé spin-off, David & Annie: After the 90 Days.

B&B Spoilers: Ridge Stalked, But It’s Not Brooke Or Sheila