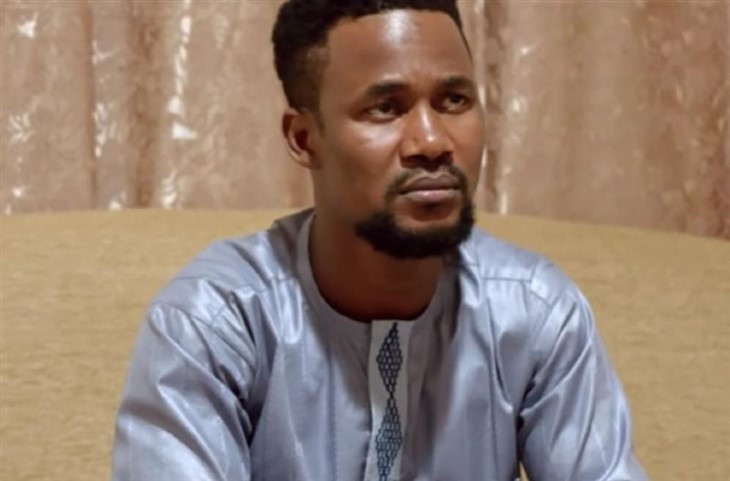 When Usman Umar first starred on 90 Day Fiancé: Before the 90 Days, he was with Lisa Hamme, an older American woman. They married, but the relationship didn’t work out, and now the Nigerian rapper known as Sojaboy is with yet another older American woman, Kim Menzies. In a recent Instagram Q&A, Usman opened up about why he prefers older women.

Usman, 34, is a popular rapper in Nigeria and first starred opposite Lisa Hamme in season 4 of 90 Day Fiancé: Before the 90 Days. While the couple did marry, the relationship crashed before the season’s Tell-All even aired.

Now, Usman is back with another older American woman, Kim Menzies, 50, and should they marry, the rapper will be in line for a green card. Many fans believe this is the only reason why he dates older American women – to increase his fame as a rapper and be able to move to the US.

Admittedly, this time Usman is taking things slowly with Kim. However, for her part, she seems desperate, gifting him expensive toys and begging him to sleep in her room. It turns out there was another woman, Zara, in between Lisa and Kim, who was also American. It is becoming clear he is having these relationships for only one reason – the much-lauded green card.

While it might look like Usman only dates older women, it turns out this isn’t the case. In fact, when he recently hosted an Instagram Q&A he revealed a lot about his love life. When one fan asked him, “U only like older women? Or is it just for show?” Usman responded that he does like younger women who are closer to his age.

However, the Nigerian rapper did add, “If you are young and your character is not good I will choose older with good character…” Usman stressed that “Peace and Happiness” are more important than age in a relationship.

Despite this, another fan wanted to know why he dated only American women. Usman responded, writing, “I actually don’t know why.” However, when he was asked if he was planning to move to the US, he claimed he doesn’t know what the future holds for him. He did say that at some stage, he will “definitely visit America.”

When asked what his relationship status is, he replied that this is confidential right now, but he thanked the fan for their compliments.

Usman earlier revealed on 90 Day Fiancé that his former girlfriend Zara left him as she didn’t like the attention he gets from female fans. Lisa also had problems with this, both before and after she married the rapper.

However, Kim’s reaction does seem to be different as she has already said she wouldn’t have a problem with Usman having multiple wives. Fans will have to wait and see if their relationship does, indeed, work out – maybe the rapper named Sojaboy will finally get the chance to move to the US.