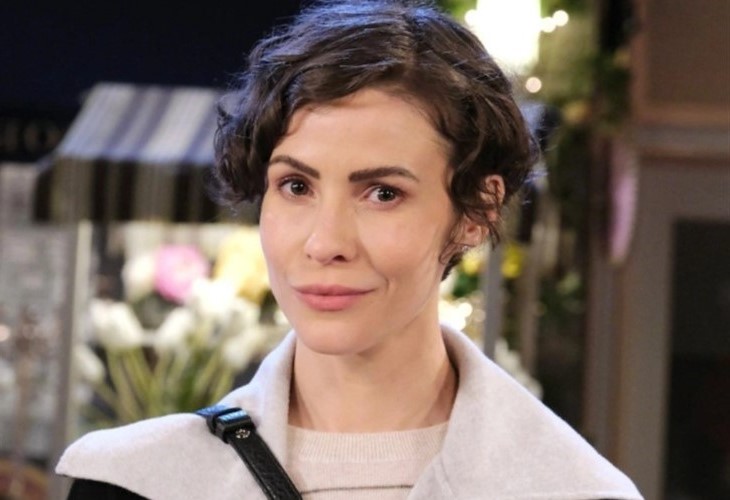 Days of Our Lives (DOOL) spoilers reveal that Steve “Patch” Johnson (Stephen Nichols) and Kayla Johnson (Mary Beth Evans) have a bizarre encounter on the island. As “Stayla” tries to escape, they run into Sarah Horton (Linsey Godrey). Although the meeting is described as odd, Sarah does tell them her unbelievable story. Could Sarah be playing Kristen DiMera (Stacy Haiduk)?

DOOL spoilers reveal that Abigail DiMera (Marci Miller) is the latest Salemite that arrives on Kristen’s deserted island. During that episode, fans finally saw the real Sarah. However, there was something odd about Sarah’s behavior.

Sarah was acting as if she were BFFs with Kristen. Sarah was twirling and dancing around her bedroom. Appearing in a drugged or daydream-like state, Sarah doesn’t seem to realize that she’s a hostage. Instead, Kristen has her convinced that it’s too dangerous to return to Salem right now.

Meanwhile, Abigail is not the only recent arrival on the deserted island. Steve and Kayla are also being held captive. “Stayla” is in a different part of the house than Abigail and Sarah, though. So, Steve and Kayla have no clue where they are or that there are other hostages they know on the premises.

During the week of February 21, Steve and Kayla will try to escape. They must get out the door because they end up running into a familiar face.

Days Of Our Lives Spoilers – A Bizarre Encounter

Days of Our Lives spoilers reveal that Steve and Kayla will run into Sarah of all people. So, it seems as if Sarah ventures outside her bedroom. Perhaps Sarah and “Stayla” end up facing each other in the hallway. It is teased as an odd encounter. So, maybe Sarah continues acting as if she’s drugged. However, that might be all it is… an act.

After Steve and Kayla’s encounter, Sarah tells them the story of how she ended up on the deserted island. Then, it is teased that Sarah decides to take action. So, maybe Sarah is just acting like she’s doped up to fool Kristen. Sarah might not know if there are cameras around, so that might explain her “bizarre” behavior when first coming across Steve and Kayla.

Sarah might understand that her chances of escape are low and could have been playing Kristen until she found an opportunity to escape. Those fruit pies that Kristen tries to get Sarah and Abigail to eat might be tainted with hallucinogens. So, Sarah might just pretend to be eating them to fool Kristen.

Now that “Stayla” and Abigail are on the island, this might be Sarah’s only chance of freedom. So, what happens when she returns to Salem to face Xander Cook (Paul Telfer) and Gwen Rizczech (Emily O’Brien)?