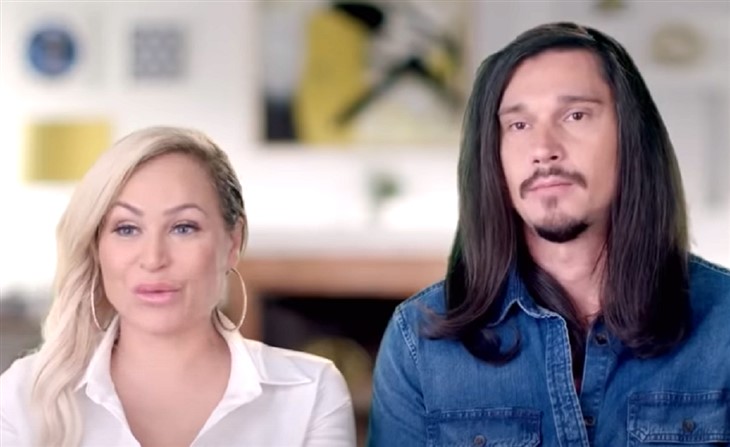 on Monday’s Darcey & Stacey, Darcey gets into a tense argument with Georgi over the fact he hides things from her.

90 Day Fiancé star Darcey Silva may have only recently gotten engaged to her Bulgarian beau, Georgi, but problems are already there. In a peek into Monday’s new episode of Darcey & Stacey, fans will see the couple having a tense argument. Darcey is truly upset that Georgi is keeping things from her and isn’t being honest.

Fans will remember that on the season premiere of Darcey & Stacey, Darcey’s twin sister, Stacey, expressed doubts about her sister’s relationship with Georgi. She believes the 34-year-old Bulgarian is marrying Darcey, 46, for all the wrong reasons. This is especially so after Darcey told her she had found cash that Georgi had hidden in a sock. The twins’ father, Mike, was also concerned over that incident and questioned Georgi about hiding the money.

In a teaser for Monday’s upcoming episode, Darcey questions why Georgi is still not opening up to her. She tells the cameras, “We can’t move forward and get married if he’s not being honest with me.”

Darcey and Georgi are getting ready to take a trip together, but it is clear that Darcey is concerned. She tells him that “all this stuff just keeps on popping up out of the blue,” while Georgi tries to defend himself.

“I don’t wanna [sic] worry you, because you have your own issues you need to deal with. I care about you, I don’t want to tell you to freak you out – not because I’m hiding something, it’s because I’m protecting you,” Georgi says.

Speaking to the cameras, Georgi explains that he doesn’t open up about his problems, because he believes that by doing so, it is like “complaining about your problems.” He said he doesn’t like to complain because he was not raised to do that in Bulgaria. According to Georgi, “complaining is weakness” and that is why he keeps his problems to himself.

Darcey had shared with ET recently that she and Georgi might never get married. She said she has some questions and needs transparency, which she is not getting from her Bulgarian beau. Darcey said that she has a big heart and she deserves love, but she also needs transparency. After the problems she has had in previous relationships, she doesn’t want to be in a relationship that doesn’t serve her well.

Readers can watch the teaser trailer on ET’s website, and catch the episode of Darcey & Stacey on TLC on Monday at 8 pm ET/PT.