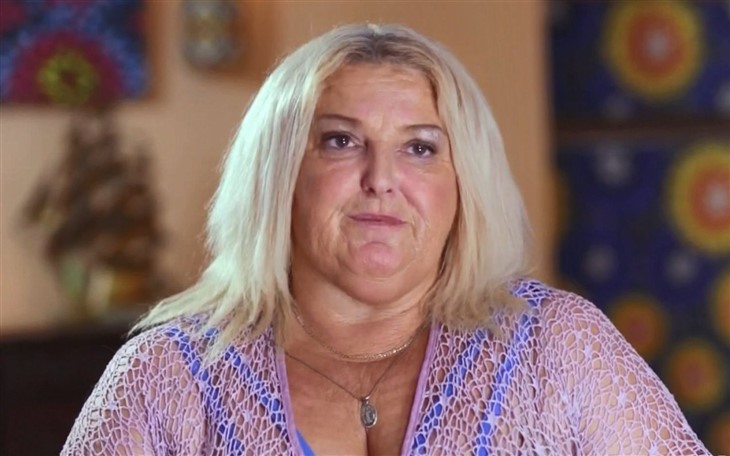 Angela Deem is one of the most popular cast members of the TLC show because of her intense arguments with her boyfriend, now husband, Michael Ilesanmi. The two first met online and Angela made her way to Nigeria to meet her man. Despite the challenges of their relationship, the two still ended up in sacred matrimony last January 2020.

With her eagerness to lose weight, she underwent several cosmetic surgeries, which Michael hesitated to agree to. Though it took some time for the Nigerian native to understand and accept his wife’s decision, the breast reduction, liposuction, and gastric sleeve surgery made Angela feel good about herself and became more confident.

‘90 Day Fiancé’ Spoilers – Is Angela Deem Has A Serious Sickness?

In one of her recent posts on social media, the grandmother-of-six shared her TikTok video that has a text, saying: “Saturday just laying around. Love all you, Queens.” She captioned her post, “Exhausted from my trip from LA BABY.” Even though the video is dark, fans still noticed the dark spot on Angela’s lower lip, which they hailed to be a serious sickness.

One fan commented, “You have got to see someone about your lip. It’s getting worse.” An Instagram user wrote, “Please see a doctor about your lip. I know someone who had that spot and it was cancer.” Amidst the negative comments she got online, some of her followers showered her compliments, saying: “You have done so well. You are so beautiful inside and out.”

Despite the countless criticisms that the Georgia resident has to deal with, she found a fan in the “90 Day” cast member. In one of his previous posts on social media, Biniyam Shibre reposted a video of Angela showing off some moves in Elton John and Dua Lipa’s “Cold Heart.” He captioned it: “I love your personality, Angela! You are so much fun, you always make me laugh. I’m your fan!”

Fans expressed their delight in the comment section, including their co-star David Toborowsky, who wrote three red hearts. One fan commented, “That’s my girl. I like her because she doesn’t give a damn to what anybody has to say.” An Instagram user said, “You go, Angela! Looking lovely.” Another one chimed in, “You and Biniyam need to collaborate. Love both of your love for music and dance.”