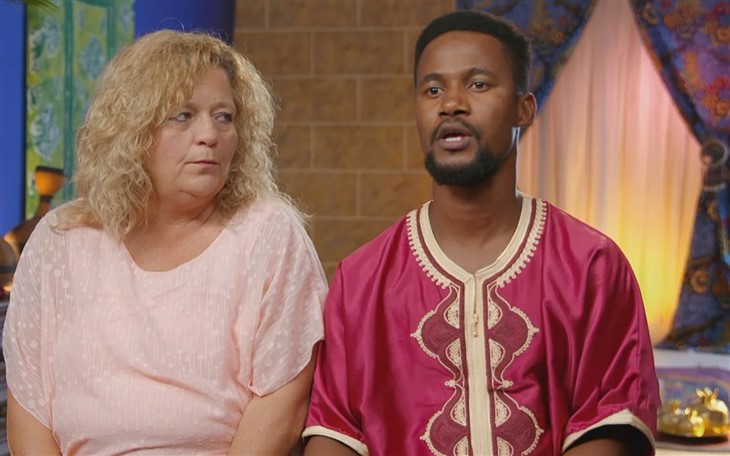 Usman Umar’s ex-wife, Lisa Hamme, went live on Instagram with her friend Kelly and talked about the rapper’s new song titled, “Zara.” Kelly mentioned that Zara and Usman were former lovers and have planned to tie the knot. Lisa agreed with the idea and even praised Zara’s beauty.

Kelly started dropping bombshell news when she stated that Usman just chose to be with Kimberly because the Nigerian rapper needed somebody. Lisa chimed in saying that her ex-husband doesn’t have a plan to let Kimberly meet his family and friends in Nigeria.

However, Usman got word about this news and defended his storyline on the TLC show, claiming he truly loves Kimberly. “Right now, I am in love. I love Kimberly. I can say that in any way in the world. I love her. I’m not shy. I’m not ashamed. I am proud to say that I love her,” he stated as documented by Entertainment Tonight.

In her interview with Us Weekly, Kimberly also addressed the fake storyline issue and stated that Usman appeared on “90 Day Fiancé” for love. “I don’t think he did it for any other reason but to get our story out there.”

“90 Day Fiancé’s” Kimberly Menzies made her way to Nigeria to meet Usman Umar as the latter shot his music video for his new song but the two have different points of view with spending quality time together.

n People’s exclusive trailer for the next episode of the TLC show, it was seen that Kim and Usman were exchanging insights about sharing a room. Kim wanted to be with Usman to spend more time together and to get to know the rapper even more.

Usman raised their deal and properly explained his opinion when Kim started to get pissed. “I don’t understand. I was thinking we should be in the same room after we decided to be together as boyfriend and girlfriend,” the rapper explained.

“I agreed because that’s what you wanted and I respect it but you need to respect my rules too,” Kim stated, which disappointed Usman since the San Diego native sounded like a superior in their relationship.